The battle between EVs and ICE-vehicles heats up

It is somewhat ironic that as technology advances, we’re seeing more electric vehicles on our roads.

Ironic because some of the first cars built were electric… and it was precisely the new technology of the day that led to their disappearance.

Now it is bringing them back.

And if anything serves as a reminder why automotive technicians and repair shops need to get up-to-speed on working on electric vehicles, it is the constant predictions that electric vehicles will soon outnumber internal combustion vehicles. They may constitute a small fraction of the North American fleet right now, but the crossover year when they take over the top spot is predicted to be as early as 2038.

Are you ready to work on your customer’s next car if it happens to be electric?

In the early days of the automobile, internal combustion engines were not as popular as electric vehicles because they required a hand crank to start them. Hand cranking could be dangerous because if an engine backfired while you were trying to start the engine, the crank would kick violently. It could easily break fingers, hands, and arms. Some very serious injuries – even deaths – resulted.

This made electric cars more popular with those inclined toward safety. But when Charles Kettering invented an electric starter in 1911, it was a turning point for many consumers. This small electric motor put an end to hand cranking, and reignited interest in gasoline-powered vehicles.

Electric vehicles continued to be built but they were marginalized by cheaper, more powerful vehicles that could be driven farther using internal combustion engines.

That’s the way it’s been for over a hundred years. But now, for technical, societal, and environmental reasons, the electric car is once again regaining popularity.

It is widely predicted that EVs will eventually come to dominate personal transportation. The first step in its reintroduction to the North American mass market was the hybrid vehicle, developed some 20 years ago.

It still utilizes an internal combustion engine, but also sports an electric motor for propulsion.

On a typical hybrid, the internal combustion engine can be turned off when not needed, such as when stopped at a traffic light, to conserve fuel and also reduce emissions. Internal combustion is the principal means of propulsion, sometimes working alone, and other times in conjunction with the electric motor.

Perhaps as the second step toward an EV dominated future, some hybrids can be driven on their electric motors alone, making them part-time electric vehicles. Electrical energy for the motors is supplied by high-voltage batteries. These HV batteries are recharged by the same motors that drive the vehicle by using regenerative braking.

These high-voltage motors use a permanent magnet rotor and are able to generate electrical current when they’re driven. The drive wheels spin the motors, creating current which is returned to the HV batteries to help maintain their charge level.

Under some driving conditions, the engine may also drive the motor/generator and charge the batteries. This system worked quite well with the only real drawback being the limited electric-only driving range of the commonly used nickel metal hydride (NiMH) batteries. Deep discharge cycles shorten the life expectancy of these batteries, so manufacturers carefully control the charge/discharge cycles.

Manufacturers are developing new batteries to replace NiMH, with lithium ion (Li-ion) batteries being the most popular replacement at this time. Lithium ion batteries have advantages and disadvantages.

Li-ion cells have a higher energy density than NiMH, so they can be smaller and lighter with the same energy capacity. They also have a higher operating voltage, which means fewer cells are needed to achieve the same voltage level.

On the downside, however, they’re more expensive to produce. Costs have come down as volume has gone up, but vehicle manufacturers need them to come down even more to complete the EV revolution.

In addition, life expectancy is also a concern – although vehicle manufacturers are offering the same eight or 10-year warranty on Li-ion batteries that they have on NiMH, so they appear to be confident that they’ve addressed this issue.

Modern internal combustion engines make more power with less displacement than ever before, but modern electric motors produce lots of torque. And it’s the torque that gives you that satisfying rush of power and speed.

Gas is still readily available – though certainly not as cheap as it once was. And as for long travel distances, electric vehicles are starting to achieve the range that people demand — equal to that of many gas-powered vehicles, and easily recharged for the next leg of a journey.

As battery technology changes the driving range of electric cars will continue to increase. 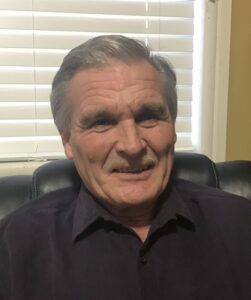 Allan Haberman is an automotive trainer based in Winnipeg, Man.