BY THE NUMBERS: Driverless car sales and more… 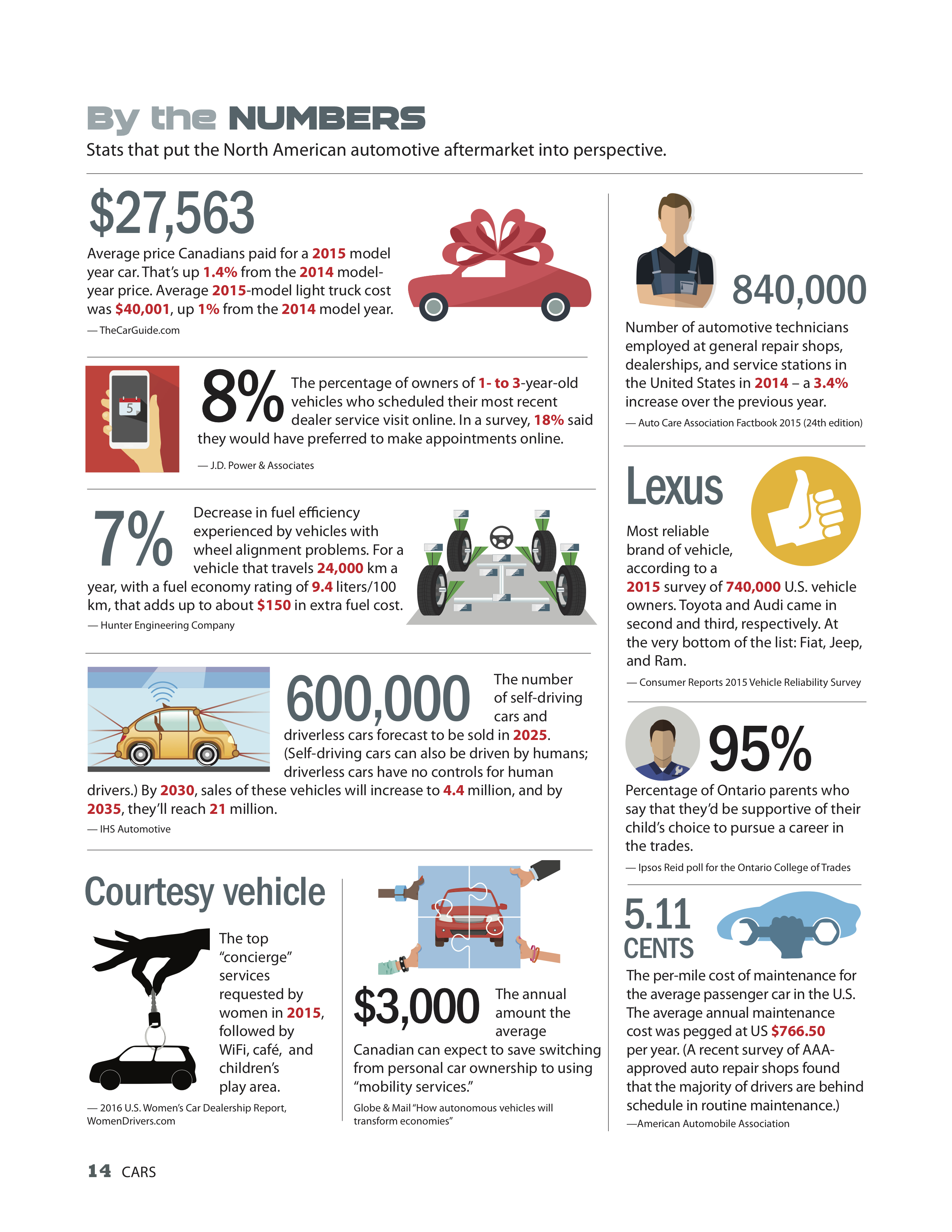 The percentage of owners of 1- to 3-year-old vehicles who scheduled their most recent dealer service visit online. In a survey, 18% said they would have preferred to make appointments online.

Decrease in fuel efficiency experienced by vehicles with wheel alignment problems. For a vehicle that travels 24,000 km a year, with a fuel economy rating of 9.4 liters/100 km, that adds up to about $150 in extra fuel cost.

The top “concierge” services requested by women in 2015, followed by WiFi, café, and children’s play area.

The annual amount the average Canadian can expect to save switching from personal car ownership to using “mobility services.”

Number of automotive technicians employed at general repair shops, dealerships, and service stations in the United States in 2014 – a 3.4% increase over the previous year.

Most reliable brand of vehicle, according to a 2015 survey of 740,000 U.S. vehicle owners. Toyota and Audi came in second and third, respectively. At the very bottom of the list: Fiat, Jeep, and Ram.

Percentage of Ontario parents who say that they’d be supportive of their child’s choice to pursue a career in the trades.

— Ipsos Reid poll for the Ontario College of Trades

The per-mile cost of maintenance for the average passenger car in the U.S. The average annual maintenance cost was pegged at US $766.50 per year. (A recent survey of AAA-approved auto repair shops found that the majority of drivers are behind schedule in routine maintenance.)