New vehicle sales in Canada saw another decline in July 2016 as a total of 173,304 vehicles were purchased last month.

Compared against the previous year, this represents a 2.6 percent decline and the second month of 2016 that has not outperformed a year-over-year comparable. With that being said however, sales of new light vehicles are still up 4.6 percent year-to-date which represents a buffer of just over 50k units.

Looking at the five months remaining in the calendar year, the market would have to underperform at an average of 10k units each month for sales to match 2015 levels.

In terms of growth by brand, Jaguar was the fastest growing brand in July observing a 218.3 percent surge. Jaguar’s new products in the intermediate luxury and luxury SUV market have been the primary contributors to this growth. Other brands that observed double digit increases in July included Volvo (up 33.5 percent), Land Rover (up 16.5 percent), Audi (up 14.7 percent), Kia (up 14.5 percent), Mercedes-Benz (up 12.4 percent) and MINI (up 11.3 percent).

In industry news, FCA has recently released a new sales methodology which has affected their previous sales figures. As detailed information regarding the exact nature of the changes is currently unavailable, the data presented shows FCA’s July 2016 sales calculated by their new methodology against historic sales calculated by their old methodology. DesRosiers will review the situation once this information is released by FCA. 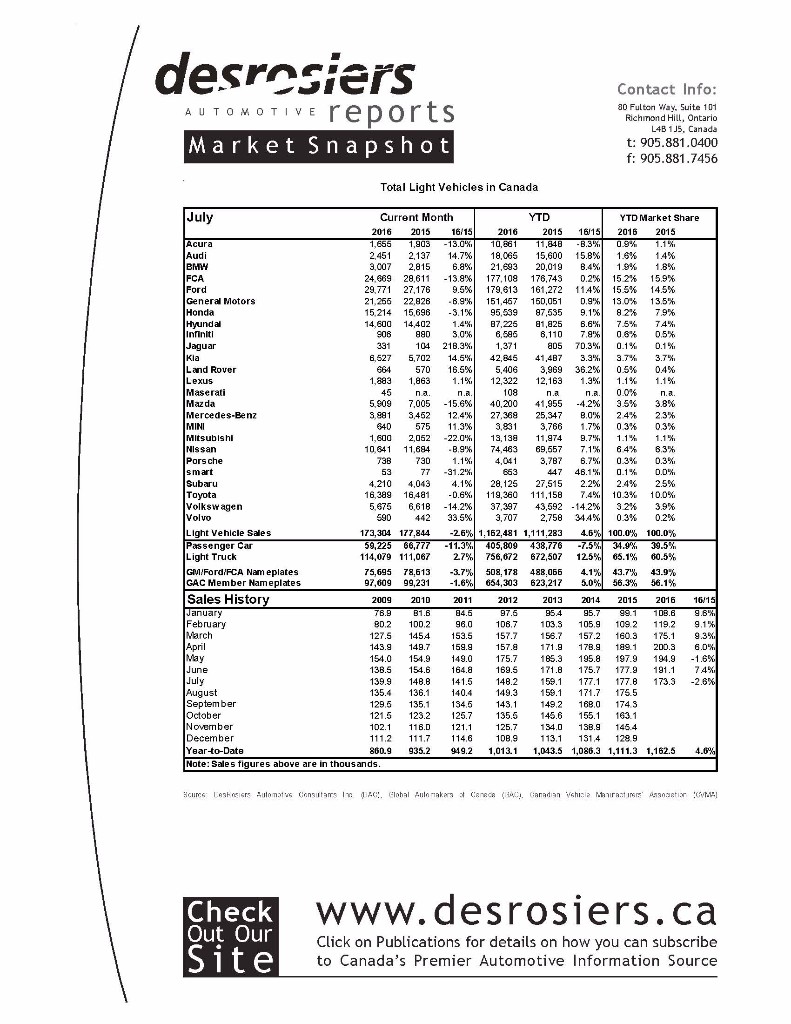