BY THE NUMBERS: A look at texting 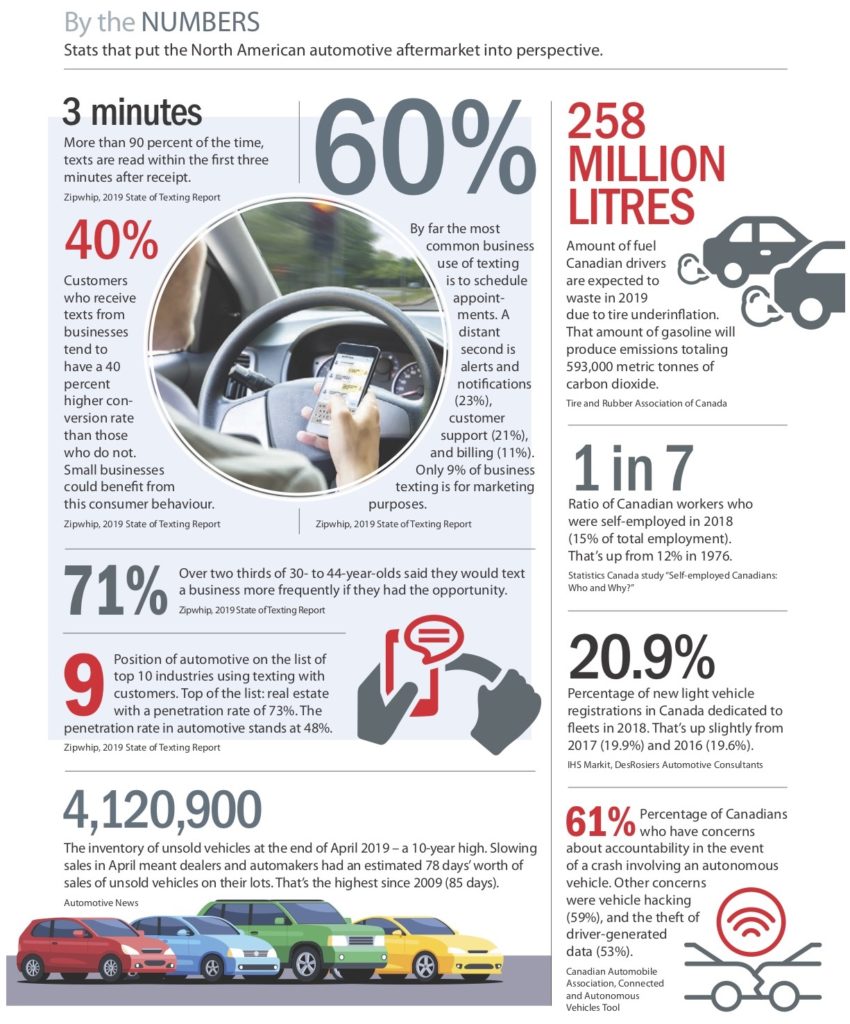 More than 90 percent of the time, texts are read within the first three minutes after receipt.

By far the most common business use of texting is to schedule appointments. A distant second is alerts and notifications (23%), customer support (21%), and billing (11%). Only 9% of business texting is for marketing purposes.

Customers who receive texts from businesses tend to have a 40 percent higher conversion rate than those who do not. Small businesses could benefit from this consumer behaviour.

Over two thirds of 30- to 44-year-olds said they would text a business more frequently if they had the opportunity.

Percentage of Canadians who have concerns about accountability in the event of a crash involving an autonomous vehicle. Other concerns were vehicle hacking (59%), and the theft of driver-generated data (53%).

The inventory of unsold vehicles at the end of April 2019 – a 10-year high. Slowing sales in April meant dealers and automakers had an estimated 78 days’ worth of sales of unsold vehicles on their lots. That’s the highest since 2009 (85 days).

Amount of fuel Canadian drivers are expected to waste in 2019 due to tire underinflation. That amount of gasoline will produce emissions totaling 593,000 metric tonnes of carbon dioxide.

Tire and Rubber Association of Canada