Belron calls on Ottawa to encourage but regulate ADAS use 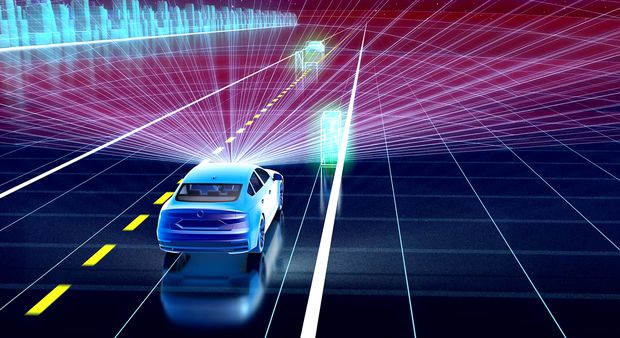 A new white paper from auto glass service provider Belron calls on the federal government to promote the road-safety benefits of Advanced Driver Assistance Systems (ADAS) and put regulations in place that will govern its use and limitations.

The company points out in its latest white paper that despite the brisk pace of ADAS development, no comprehensive regulatory framework oversees the technologies that automate vehicle driving.

The white paper, entitled The Hidden Link Between Windshields and Road Safety, points out that already 3.7 million vehicles on our roads are equipped with these features, and within five years, 80% of new vehicles will be equipped with a forward-facing digital camera and 50% of the total Canadian car park will be so.

But there are still issues to be worked out. Among them:

Belron says Ottawa is lagging behind other countries and has dropped the ball on legislation required to ensure a proper regulatory framework regarding ADAS. It is calling on the federal government to apply the recommendations of the Standing Senate Committee on Transports and Communications and follow the European Union example.

The Automobile Protection Association, the Canadian Automobile Association and Global Automakers of Canada have also voiced their concerns regarding the lack of legislation regulating the use of ADAS as well as the absence of standardization for the existing ones.

ADAS could substantially reduce the number of Canadians who will either die or suffer serious injuries in road collisions this year. According to Belron Canada, some 94% of car accidents are attributed to driving mistakes; most of which ADAS would help prevent if this technology was fully deployed. In fact, fully automated vehicles and those equipped with ADAS could together reduce up to 80% of car collisions and deaths due to car accidents .

“With a new Parliament in Ottawa, we need to act now to improve our road safety record,” said Sylvie Leduc, vice-president brand and customer promise at Belron Canada. “The Towards-Zero vision which was set in 2001 will never become reality if Ottawa does not tap into the numerous advantages of ADAS and safety catalysts. New vehicles simply need to be more technological, but that same technology needs to be properly maintained and calibrated.”

In 2018, the Standing Senate Committee on Transports and Communications pointed out in its report Driving Change: The Technology and the Future of the Automated Vehicle that nearly all road deaths and injuries could be prevented if at least 75% of car users were to adopt these vehicles. Yet, we lag behind. In the United Kingdom, about 30% of the fleet was equipped with ADAS in 2018; by the end of 2020, only 20% of Canada’s car fleet will be so .

An example of Ottawa’s lack of attention involvers the forward-facing digital camera that is essential to certain types of ADAS. It must be calibrated properly if the windshield has been either repaired or changed. Canada’s vehicle fleet equipped with the forward-facing digital camera is already 21%. Yet, the federal government hasn’t put together a comprehensive regulatory framework overseeing the use of ADAS modern safety features .

“Ottawa should apply the recommendations of the Standing Senate Committee on Transports and Communications and follow the European example,” the Belron white papers suggests.