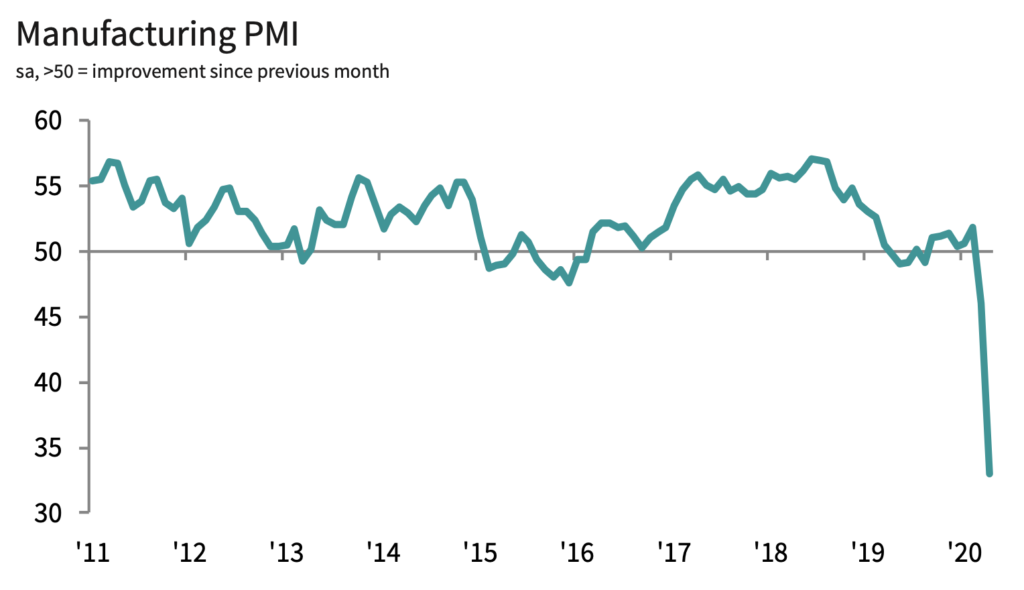 April data signalled by far the steepest downturn in manufacturing conditions since the IHS Markit began its Canadian Purchasing Manager’s survey in October 2010.

At 33.0 in April, the seasonally adjusted index was down sharply from 46.1 in March, to signal a rapid decline in manufacturing sector business conditions.

This reflected survey-record declines in output (index at 22.6), new orders (23.9) and employment (25.1), alongside a severe reduction in stocks of purchases.

The fall in the Manufacturing PMI since March was softened to some extent by a steep lengthening of suppliers’ delivery times (which has an inverse contribution to the headline index). However, longer lead-times were not demand-driven in April, but instead simply reflected severe distress across global supply chains amid widespread business closures and delays at international borders.

Around 66% of the survey panel reported a drop in production volumes in April, while only 10% signalled an expansion. Canadian manufacturers cited factory shutdowns or reduced production capacity, alongside severely reduced customer demand. Where growth was reported in April, this was mainly linked to consumer essentials and production for healthcare supply chains.

The survey-record decline in new orders reflected a rapid decline in sales to both domestic and export clients in April. Lower demand was almost exclusively linked to the COIVID-19 pandemic and subsequent cutbacks to customer spending. Manufacturers often commented on severe reductions in sales to clients in the automotive and energy sectors.

Manufacturers reported severe cash flow challenges during April, which resulted in rapid declines in purchasing activity, staffing numbers and inventories. The latest fall in employment levels was by far the sharpest seen since the survey began just over nine-and-a-half years ago. There were also survey-record declines in stocks of finished goods, pre-production inventories and input buying across the manufacturing sector in April.

Looking ahead, manufacturers are the more pessimistic about their prospects for the next 12 months than at any time since this index began in July 2012, reflecting uncertainty about the length of customer showdowns and an expected slump in energy sector spending. 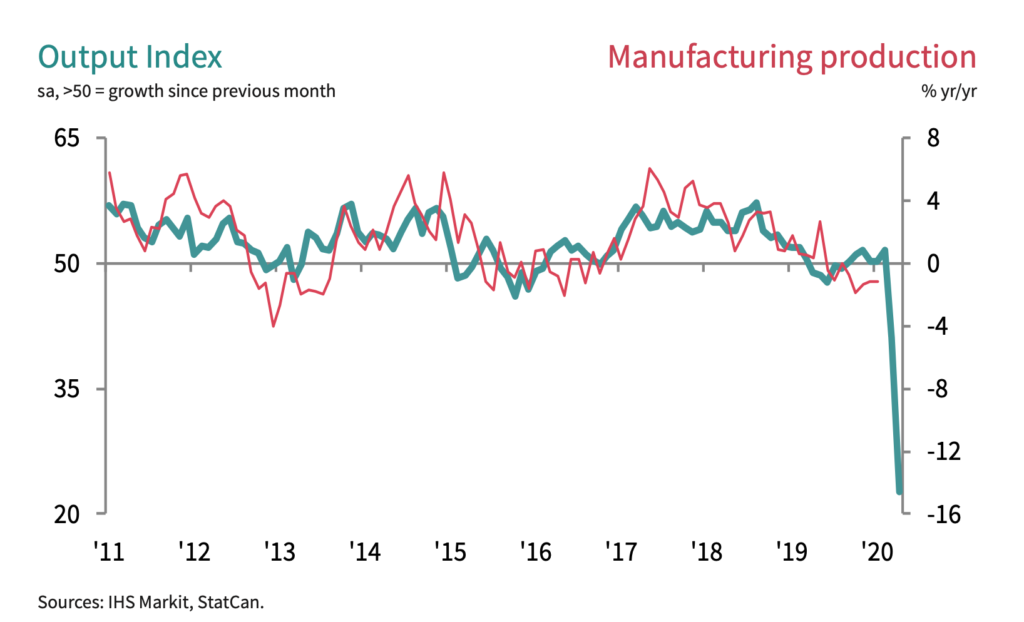