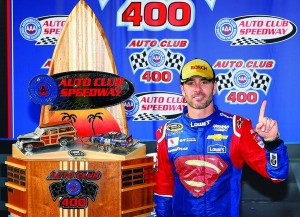 Jimmie Johnson demonstrated the skill and experience of a champion as he drove his Bosch-equipped No. 48 Lowe’s Superman Chevrolet SS to a 77th career NASCAR Sprint Cup Series victory at Auto Club Speedway in Fontana on Sunday. The win marked a milestone for Johnson, placing him in seventh position on the NASCAR all-time win list. In recognition of Johnson’s second victory of the season, the Bosch Automotive Aftermarket NA Giving Track Program is making a $1,000 charitable contribution to Together We Feed in Charlotte, North Carolina. To date in 2016, Bosch has contributed $5,000 to the charities of its sponsored teams, $2,000 of which has been earned by Jimmie Johnson and Hendrick Motorsports.

Together We Feed has a mission to feed, care for and connect with children living in poverty. The organization works to get as many healthy food and non-food resources to as many low income children as possible, while also building a sense of community around each child. 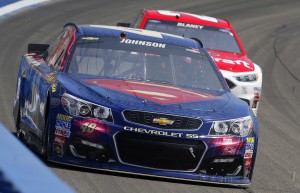 “Holding off Kevin Harvick in overtime was another significant moment in Jimmie’s already historic career, as he climbed to seventh on the all-time win list,” said Tony Pauly, director of advertising and brand management for Robert Bosch LLC, Automotive Aftermarket North America. “Bosch congratulates Jimmie on this milestone, and is honored to be along for the ride as Hendrick Motorsports chooses Bosch parts and systems as they race toward victory lane.”