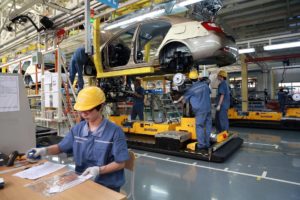 Geely said on its official Wechat micro-blog account that it plans to launch more than 30 new or significantly redesigned vehicle models and aims to become a top 10 global automaker by volume by 2020.

Since its acquisition of Swedish luxury brand Volvo from Ford Motor Co six years ago, Geely has taken a lead among Chinese automakers seeking a foothold in the global market. Geely Chairman Li Shufu and Volvo chief Hakan Samuelsson are pursuing a strategy combining Volvo engineering with Chinese capital and manufacturing.

State-owned Chinese automaker SAIC Motor and Great Wall Motors Co among others are also looking at breaking into advanced Western markets including the United States.

Buoyed by the fast-selling Geely GC9 and its crossover SUV variants, which Geely developed with engineering help from Volvo, sales of Geely cars, including those sold outside China, have been growing faster than the company forecast at the outset of this year.

Geely initially projected sales for 2016 at around 600,000 vehicles, but has revised its projection twice and is now forecasting sales of about 700,000 vehicles. 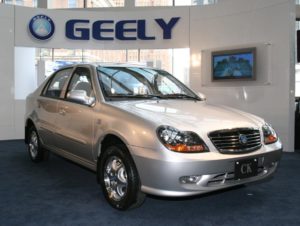 Until recently Geely executives have said their cars are not ready for sale in markets such as Europe and the United States. Geely’s latest moves indicate the company, controlled by billionaire Li Shufu, is now emboldened to take on mature markets.

Last month, Geely unveiled a new brand of cars called Lynk & Co developed in part with Volvo. Geely is aiming Lynk at the middle of the global market. Lynk cars will go on sale in China next year and in Europe and the United States in 2018, the company said.

Geely is expected to build Lynk-brand cars at a new joint plant with Volvo in Taizhou, in eastern Zhejiang province.

The plant, operated by Volvo, is expected to start ramping up production this quarter, and will produce compact cars based on an “advanced” vehicle architecture called Compact Modular Architecture (CMA) which the two companies developed together in Sweden.