When should suppliers invest in the electric space? 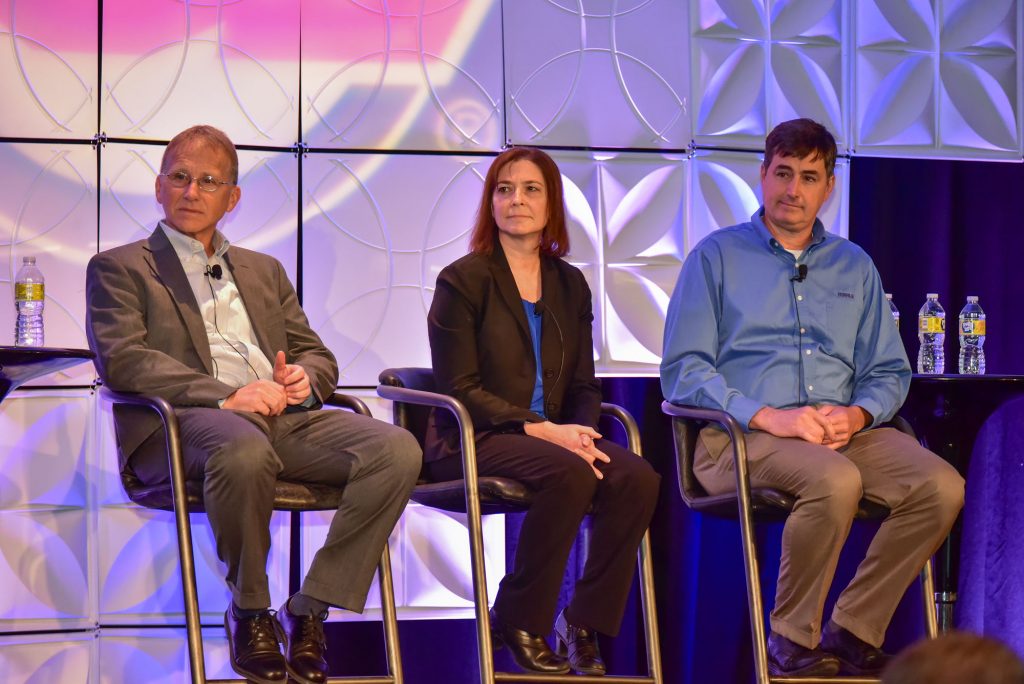 From left, observed Chris Pruitt of East Penn, Tania Wingfield of BorgWarner Inc. and Jon Douglas of Mahle Aftermarket at the AASA Vision Conference in April 2022

Considering that electric vehicles make up a small number of current vehicles in operation and they won’t make up a huge footprint in the next decade, suppliers are struggling with how much of their toe they should dip in the pool.

It’s estimated EVs will make up less than 10 per cent of the total vehicle fleet by 2030. The Automotive Aftermarket Suppliers Association’s latest landmark study, The Aftermarket 2035 – Prioritizing the Inflection Points, predicts just 5 per cent of vehicles 8 years and older will be electric.

“I think it’s going to all come down to the economics of it. And I think that’s one of the areas that, I think, as manufacturers we’re all struggling with right now,” observed Chris Pruitt, chief executive officer and president of East Penn, during the recent AASA Vision Conference in Detroit.

“From where I sit, there’s a massive investment to get into this space. Massive. How long can you go without a return? And so the lower the volume, obviously, it’s going to create conflict. That, to me, is where it’s just hard to connect the dots right now.”

He gave an example of a lithium company his organization owns in the forklift space. It’s expensive and makes no money.

“So none of us would invest $100 million in a company and say, ‘Yeah, you can get a return in 15 years. Don’t worry about that,’” Pruitt said. “That’s the complicated scenario that we’re in right now. And I think all of us are faced with that. When is the right time to make an investment? We need a return to reinvest back into the employees. So the lower the volume, the more challenging it’s going to be.”

“Now, how many sophisticated electronic components do you have that last 12 years? I mean, if your iPhone makes it two years or three years, that’s a pretty long time. So what is that’s going to have to be [different in an EV]?”

Joining Pruitt on the panel was Jon Douglas, president at Mahle Aftermarket. He pointed to a problem in the thinking of the industry — thought that EV repair seems to only be restricted to traditional parts, such as brakes, suspension, tires and the like. It’s time to think beyond the four walls everyone has always operated in, he observed.

“You’ve got a mass of electronic components,” Douglas said. “Now, how many sophisticated electronic components do you have that last 12 years? I mean, if your iPhone makes it two years or three years, that’s a pretty long time. So what is that’s going to have to be [different in an EV]? So I think there’s so much that we still have to learn about.”

There’s still much we don’t know about electric vehicles when it comes to repair, he added.

“What do these duty cycles look like? There’s thousands of vehicles on the road now but have they logged enough miles, and enough environments to really see any change? We don’t know,” Douglas said.

It’s also worth finding out where the right place to invest in is, said fellow panellist Tania Wingfield, North America vice president and general manager of BorgWarner Inc.

“You also have to understand the architecture,” she noted. “[Electric motors] are built to be the last thing that fails, no doubt. So how do we bring that knowledge then into the aftermarket and say, ‘Where does it make sense to play?’”