What bogs down your business?

The CFIB wants business owners to vote for their top Paperweights 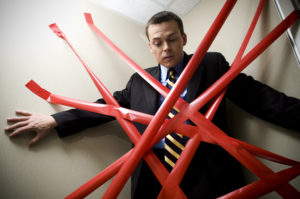 Whether it’s a new set of rules, being forced to fill out seemingly unnecessary forms or facing delays caused by the government, small business owners have plenty to gripe about.

With Red Tape Awareness Week running from Jan. 22-26, the Canadian Federation of Independent Business is bringing the challenges facing small business around red tape to the forefront. As part of its efforts, the CFIB noted 14 incidents in particular of excessive regulation from government departments and agencies that are hindering small businesses.

Called the Paperweight Awards, the organization hopes to shed a light on ways its members are being bogged down by bureaucracy.

The CFIB noted the following 14 incidents of Paperweights:

Have your say below: What are some examples
of ridiculous regulations in your shop or jobber store?

Small business owners can vote for the most ridiculous Paperweight at the CFIB’s Facebook page. The winner will be announced on Jan. 26.