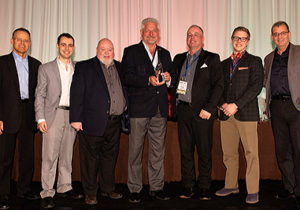 “At Indica, we value the outstanding support we get from Walter as a group,” said Phil Cowan, director of marketing at Indica. “On behalf of everyone at Indica, we would like to thank Walter for its unending support and congratulate its team members for this outstanding accomplishment on being recognized as a President’s Club Member for Indica in 2017.”

“Being awarded Indica’s President’s Club status for a third consecutive year only affirms the importance we place on our partnership with Indica and its members,” said Chester Collier, senior vice-president at Walter Surface Technologies. “Indica is a mainstay of this industry, and this partnership enables us to equip our members with the highest quality products and programs.”