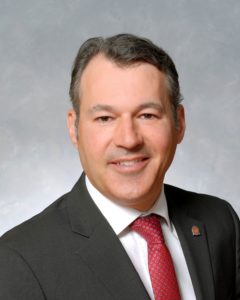 Walter Surface Technologies has announced two senior level appointments on the heels of its recent acquisition by ONCAP, in partnership with the company’s management team.

Aubé was promoted from his role as president and chief operating officer. He joined the company in February 2017. He was formerly president and COO of GardaWorld Protective Services where his main responsibilities included driving the company’s annual growth and ensuring operational excellence within a team composed of 26,000 Canadian security professionals.

Wright will lead strategic initiatives for the company including special projects and acquisition opportunities to deliver on the company’s global growth plan. He has been with the company since 2015.

“We are very excited about the opportunity to build on the Walter brand, legacy and business with our customers and partners,” stated Marc-André Aubé, President and CEO, Walter Surface Technologies.  “Walter is one of the most highly respected companies in the industry because we’re focused on contributing to the success of our customers by helping them work better.  We will continue to bring to market new product innovations, expand on our technical leadership and enter new market segments.”