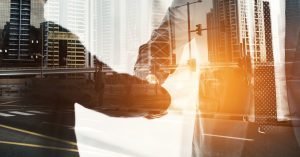 Uni-Select has acquired the second largest independent automotive parts distributor in the United Kingdom in a deal announced on June 1.

The US$250 million debt-funded deal gives Uni-Select its first presence in the UK market and is expected to close in the third quarter of this year. The Parts Alliance has a 7 per cent market share, according to Uni-Select, and services more than 23,000 customers through 161 corporate stores, plus 38 affiliated locations. It has almost 3,000 employees.

“We are excited to establish a third growth pillar in the large UK parts aftermarket that is expected to be immediately accretive in a market with great upside potential from future consolidation opportunities,” said Henry Buckley, president and chief executive officer of Uni-Select, in a statement announcing the news.

He also praised The Parts Alliance as an organization and recognized its position as a market leader with a growth platform that is proven. He also recognized its management team “that has demonstrated its ability to drive profitable growth both organically and through acquisitions.” Buckley added that the both companies “are a perfect fit in terms of business profile, customer focus, entrepreneurial culture and commitment to people development.”

Peter Sephton, The Parts Alliance’s president and CEO stated his confidence in Uni-Select’s ability to lead future growth of the company. He will join Uni-Select’s executive team while also serving his current role in leading the European segment for the company.

According to Uni-Select’s announcement, The UK’s automotive aftermarket is estimated to be US$5.28 billion, making it the fourth largest in Europe. An aging vehicle population and mandatory government regulations requiring vehicle inspection on cars reaching three years old is expected to boost market growth.