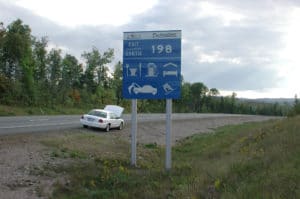 A new U.S. study suggests major car repairs are a financial hit that many American drivers are simply not in a position to absorb.

In a poll of more than 2,000 Americans conducted online by The Harris Poll on behalf of Ally Financial, more than half of consumers reported having faced a major car repair (which cost them $500 or more) in the last five years.

Meanwhile, Ally Financial points out, recent Federal Reserve data has found that 41 percent of Americans can’t afford an unexpected expense of more than $400.

Ally Insurance said the findings may lead some consumers to consider vehicle service contracts (VSCs), which would remove the threat of sudden, unexpected breakdowns and the need to shell out dollars that the vehicle owner simply doesn’t have.

“Expensive car repairs can cause serious financial stress, especially for those with little or no emergency savings,” said Mark Manzo, president of Ally Insurance.

He said only 18 percent of those surveyed had reported buying a VSC in the last five years. Nearly three in five (59 percent) of those who had purchased VSCs said the peace of mind was the top motivator for buying the coverage.

“Service contracts provide customers with the security of knowing they don’t have to worry about car repair bills derailing their budgets or putting them in debt,” Manzo added.

The survey was conducted online within the United States by The Harris Poll on behalf of Ally from January 5-9, 2018 among 2,064 U.S. adults ages 18 and older.


1 Comment » for Unexpected repair costs could sink many Americans: survey