Canadian sales are also expected to take a dip, but only slightly 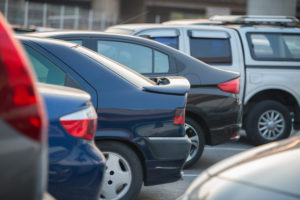 LMC Automotive is predicting that car sales in the U.S. will continue to drop this coming year.

Jeff Schuster, senior vice president, automotive forecasting at the consulting organization says that car sales will shrink to about 200,000 units to around 17 million vehicles.

Throughout the next three years, he added, car makers will announce more than 200 new vehicle models. The U.S. market is planning to grow the line up of electric vehicles from 16 models in 2017 to around 90 by 2027, according to Schuster.

Cox Automotive is predicting an even further drop off — 16.7 million in total sales by the end of the year after what is expected to be a weak February. Blame may be placed on a combination of factors, including federal interest rate increases, decreased consumer confidence due to Wall Street volatility and competition from a growing number of “gently used” off-lease vehicles.

Scotiabank Economics is predicting a small drop in new vehicle sales this year in Canada, about 40,000. That will still keep total sales above the two million mark for 2018.

Ontario will see the biggest fall with a 3.2 per cent drop, thanks to a drop in household savings and weaker job prospects, said Carlos Gomes, senior economist and auto industry specialist at Scotiabank.

Sales are expected to ease in Alberta as well, but still produce a year-over-year increase of 1.2 per cent. The province led the country in sales gains last year with a 12 per cent jump, buoyed by business purchases of new vehicles. Though some will replenish their fleets to keep sales more or less on par, Scotiabank said drilling activity has flattened out, thus dampening hopes of ” upside support” from that sector.

In B.C., job creation helped boost sales by 7.5 per cent last year. “The percentage of B.C. households that purchased a new car or light truck last year was the highest in nearly three decades,” Scotiabank said. But service sector employment, which makes up 80 per cent of the province, is expected to soften, pushing down sales by about 1.7 per cent.