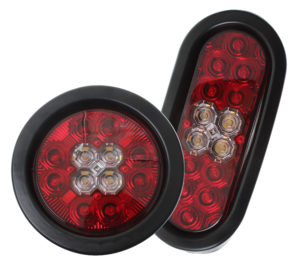 A new light combines multiple functions into one from Superior Signals.

The company expanded its truck and trailer lighting product line to include stop, tail, turn and back-up combo lights. Now two functions are combined into one light, allowing drivers to signal both reverse and either stop or turn patterns with a single light. Only one hole will need to be drilled in vehicles. The new combo lights were designed to replace individual reverse, stop, and turn lights.

Each light comes with a rubber grommet and a right-angle PL-3 plug.