Toyota is upping the pace of its electrification ambitions following new investments into electric vehicle technology.

The move to pump US$70 billion into its plans seems to be with the intention of moving ahead of market leaders like Tesla, the most valuable carmaker, reported an industry analyst. Tesla surpassed Toyota and Volkswagen in valuation as it reached over US$1 trillion in October 2021, according to Bakar Sadik Agwan, senior automotive consulting analyst at GlobalData, a data and analytics company.

Toyota has also adjusted some of its earlier plans to its battery electric lineup, increasing that count from 15 to 30. It has boosted battery production investment by more than US$4 billion to US$17.5 billion. While it initially targeted sales of two million units of BEVs and fuel cell electric vehicles, it has revised that goal to 3.5 million units. 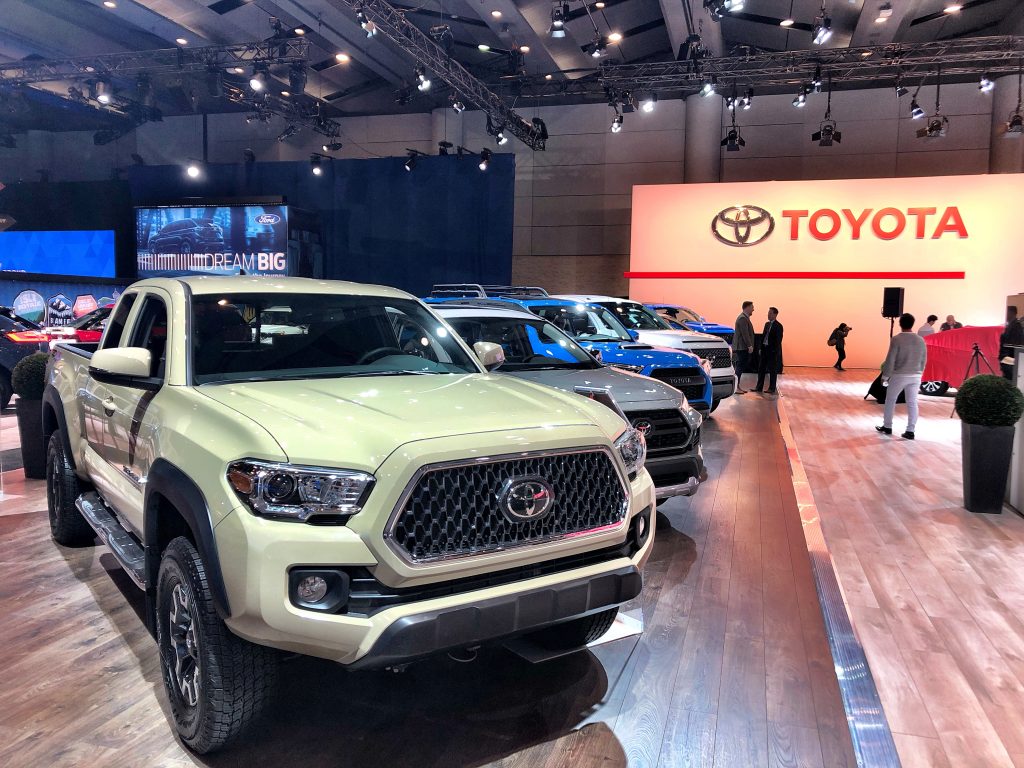 Toyota trucks on display at the 2019 Canadian International Auto Show.

“Toyota has a strong heritage in electric and fuel cell vehicles,” Agwan said. “However, the present market scenario is highly dynamic due to entry and rapid expansion of new technology companies and traditional automakers into the EVs space. Hence, it is much needed for a global market leader like Toyota to expedite its developments through investments, partnerships and collaboration and maintain its market dominance. The company is well on track and has been equally focusing across all technological areas including ICE, BEV, HEV and FCEVs.”

Fast-tracking these milestones will improve Toyota’s competitive position, he observed.

“Toyota’s strategy has been very adaptable to its markets. The company has an alliance with Suzuki through which it is developing capabilities to manufacture compact and fuel-efficient ICE vehicles,” he said.

“At the same time, it is working on hydrogen fuel, a niche technology, which has potential to be a breakthrough in the auto industry. Though the company started a bit late on EVs as compared to European automakers, it has upped the game in recent years.”