Total and Lacroix are together again 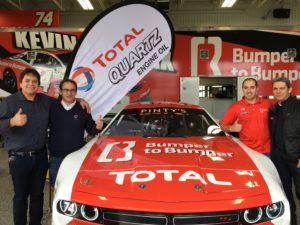 Total and Kevin Lacroix are teaming up for a third straight year.

Lacroix will drive his No. 74 car in the NASCAR Pinty’s series, sponsored by Total.

Total and Total Quartz will again back what the oil and gas company said in an announcement will be a “promising” year.

“We are convinced that Kevin Lacroix will have the chance to raise himself at the top of the championship this year. He learned and grew during his first complete season and he is ready to give 100 per cent for this new season,” said Franck Bagouet, president and general manager of Total Canada.

Total’s Facebook page will have details about Lacroix on May 21 at the Canadian Tire Motorsport Park.