The demographic most likely in need of vehicle servicing

The young and male demographic tends to drive farther and spend more time behind the wheel, according to telematics data. This suggests that customers in need of vehicle servicing and repair may tend to skew towards younger men.

Driving 2021 was released by Smart Driving Labs using telematics data from vehicles connected to its Connected Car platform. It found that drivers under the age of 24 drove 10% longer distances than older ones. They also spend 14% more time behind the wheel, driving at faster speeds compared to older age groups. 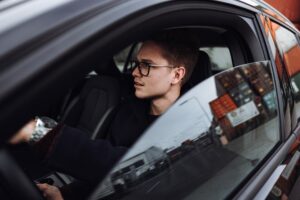 Young drivers were more likely to treat their vehicles more harshly, the study found. Those up to age 24 were twice as likely to make sharp accelerations and speed 18% more of the time than middle-aged drivers. Those in the oldest category drove beyond the speed limit 23% less and quickly accelerated 12% less compared to middle-aged drivers.

When broken down by gender, female drivers were considered safer drivers, giving their vehicles less wear and tear, according to the report. It found that women made 15% fewer fast accelerations and exceeded the speed limit 31% less than men.

The data was gathered from drivers using their

vehicles for personal use. Commercial vehicles like taxis and those used more than eight hours a day were excluded in the study.