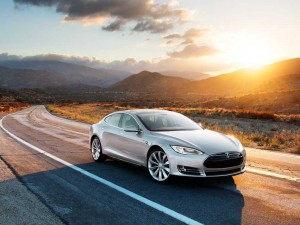 An Ontario court has ruled in favour of the Canadian arm of Tesla Inc. in its petition that it had been treated unfairly in the provincial government’s cancellation of an electric vehicle rebate program.

Ontario Superior Court judge Frederick L. Myers said the decision to exclude Tesla from a grace period for the program’s wind-down was arbitrary and had singled out Tesla for harm.

Tesla launched the legal petition after Ontario’s Progressive Conservative government ended the rebate program on July 11, but said it would extend the rebates to vehicles already sold through dealerships if they were delivered and registered within 60 days.

The provincial government later clarified that the extension only applied to vehicles sold through franchised dealerships, which excluded Tesla’s Ontario dealerships.

Tesla said it was pleased with the court’s decision to strike down the discriminatory policy.

“Tesla only sought fair treatment for our customers and we hope the Ministry now does the right thing by delivering on its promise to ensure all EV-owners receive their incentives during the wind-down period.”

A spokesperson for the Ministry of the Attorney General said the government was reviewing the ruling.

The government had said the decision to limit the program to franchised dealerships was to help protect small- and medium-sized businesses that may have been hit by the program, but Myers said the government provided no evidence to back up its plan.

“The discretionary decision to limit the transition to franchised dealers is not at all related to either protecting small to mid-sized dealers or to protecting dealers who may suffer losses to manufacturers.”

Myers quashed the government’s exercise of discretion as it was made for an improper purpose and because it singled out Tesla without providing the car maker “any fair process whatsoever.”

Tesla said it had 600 active customer orders when the government ended the program in July and that 175 customers had since cancelled their orders.