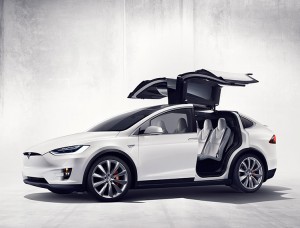 Tesla Motors Inc. filed a federal lawsuit against a German auto parts maker for allegedly misrepresenting its ability to design the signature “falcon wing” doors on its Model X electric sport-utility vehicle, leading to a last-minute change to a new supplier that caused delays.

The lawsuit, filed in the U.S. District Court of Northern California, aims to stop the supplier, Hoerbiger Automotive Comfort Systems LLC, from demanding more payment from Tesla after the electric-vehicle maker cut ties with the supplier in May 2015. Tesla is asking the court to state that it didn’t breach any contracts and to pay damages and attorney fees.

Tesla claims it paid Hoerbiger, which makes hydraulic lift gates, to develop the vertically rising side doors on its Model X after a competition with several other companies. But between February 2014 and May 2015, the company couldn’t produce a prototype that passed Tesla’s engineering standards.

The falcon wing doors are a signature feature of the Model X, which has a base price of about $81,000.

According to the lawsuit, prototypes from Hoerbiger leaked oil and sagged or produced excessive heat, causing them to stop working

According to the lawsuit, Hoerbiger is seeking additional payments from Tesla for the work it says it was promised. Tesla disputes that it owes the company anything more than the $3 million it paid for prototype parts and engineering.

In May 2015, Tesla dropped that company’s design and built an electromechanical door system and hired a new supplier, according to the lawsuit.

According to the lawsuit, Tesla incurred millions of dollars in damages, including, but not limited to costs of re-tooling the entire vehicle in order to support a different engineering solution. In addition, Tesla had to pay the new supplier a premium to rush out a workable solution.

Tesla delayed the Model X several times. It was first supposed to be produced in late 2013. In late 2014, Tesla said the vehicle would debut in the first half of 2015, but again it was delayed until late in 2015, except a handful of vehicles that went to company executives and early investors.