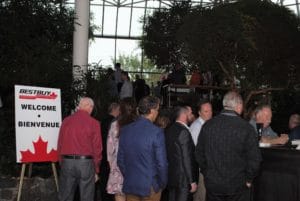 Attendees of Bestbuy’s Buy & Sell gathered at the Sheraton Hotel Newfoundland in St. John’s for an opening reception.

It may have been chilly and wet in St. John’s, but that didn’t stop members and vendors from Bestbuy Distributors from getting business done while mixing in a bit of fun.

The Mississauga, Ont.-based company hosted about 200 people at the Sheraton Hotel Newfoundland in downtown St. John’s for an opening reception, day of golf and scenic tour in support of SickKids Hospital, and a dinner gala that included a pub crawl on famous George Street – mixed in with meetings between shareholders and vendors in between for the four-day event from Sept. 16-19.

See our photo gallery below

Attendees gathered in the hotel’s garden court for the reception to kick off the event before taking off the next morning for a day of golf at The Wilds on the Salmonier River, which provided picturesque views as golfers teed off. Those who didn’t golf took a scenic tour around the Newfoundland coast that saw the best of St. John’s, including a chance meeting with local singer/songwriter Alan Doyle of Great Big Sea fame.

It was all in an effort to raise money for the Family Heart Centre at SickKids Hospital in Toronto. The final amount raised will be announced that Bestbuy’s annual general meeting in April with a cheque presented to SickKids. 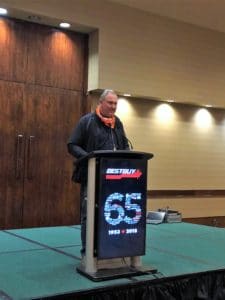 And SickKids will get some bonus money thanks to an unexpected cheque being cut for the hospital courtesy of Sam Yako at ProMax during the group’s gala dinner. He outbid his colleagues to the tune of $5,100 for a commemorative George Street t-shirt – valued at just $20 – that was put up for auction by Marite Hewitt of Peterborough Automotive.

Attendees then took part in a ‘Rally in the Alley’ pub crawl along George Street where they took part in song singing, Irish line dancing and a Newfoundland Screech tasting that included the traditional kissing of a codfish.

The final day saw a final round of meetings to wrap up the Buy & Sell. 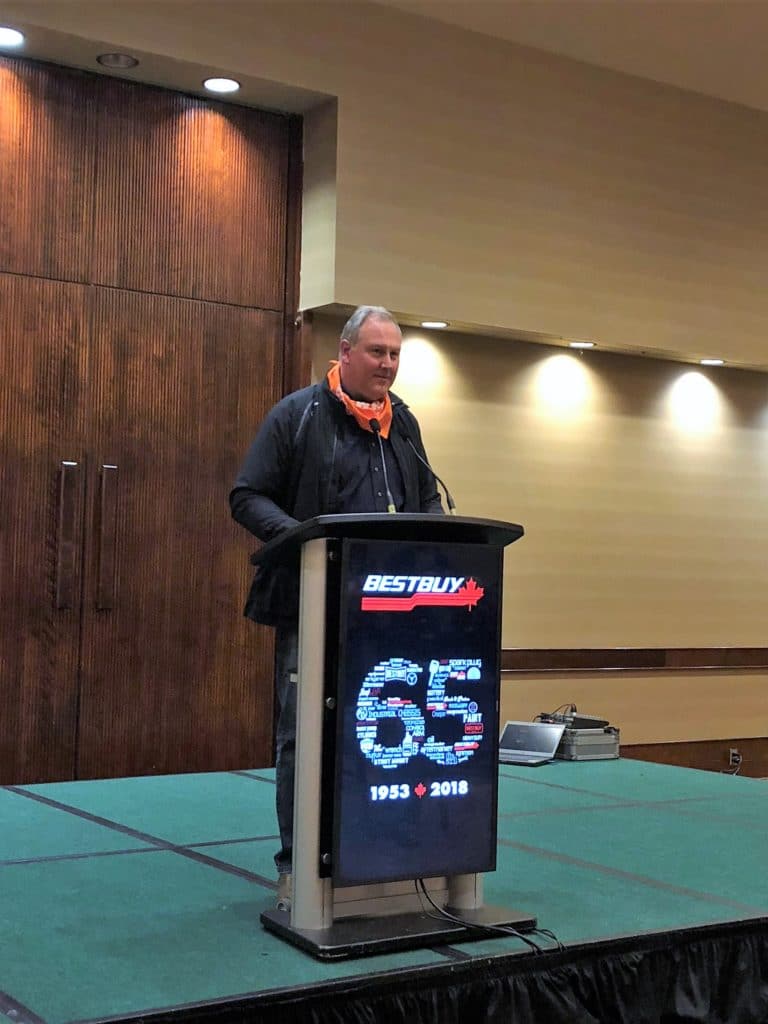 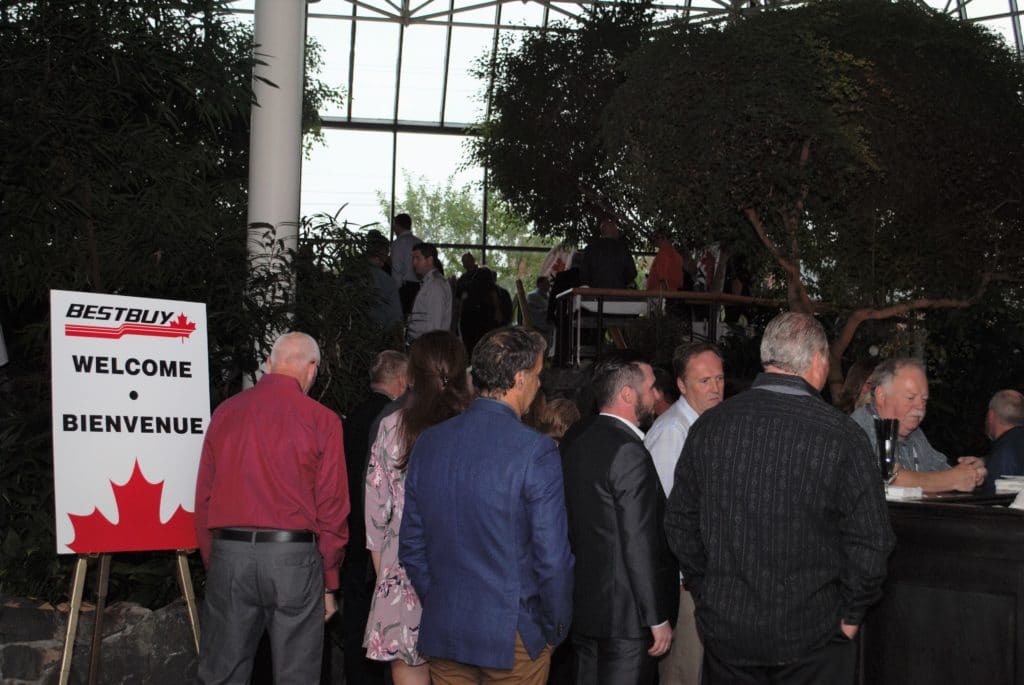 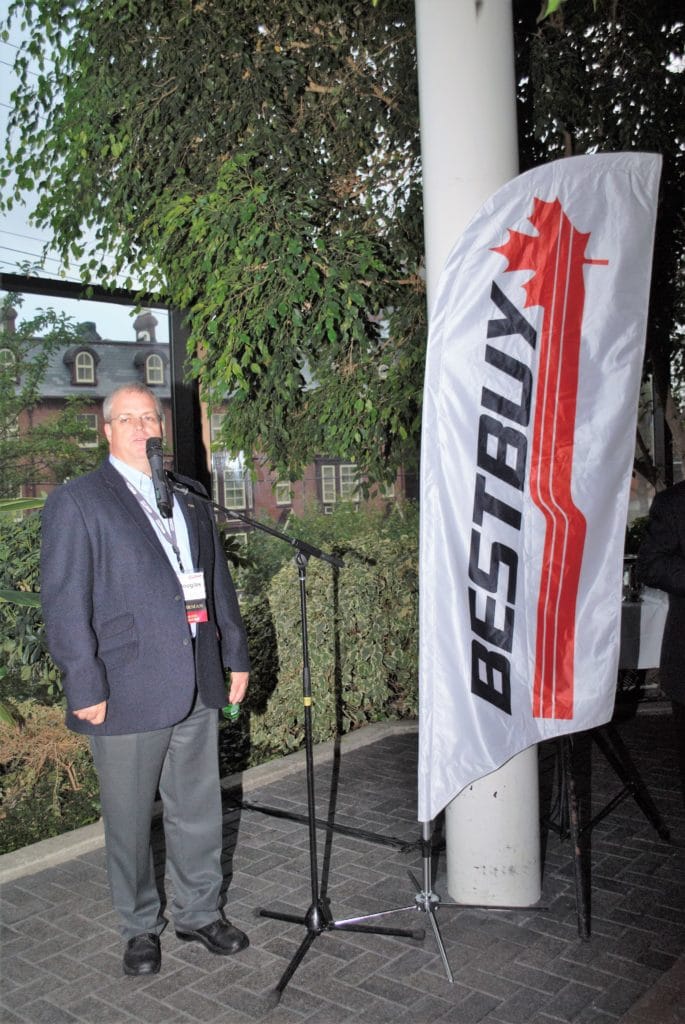 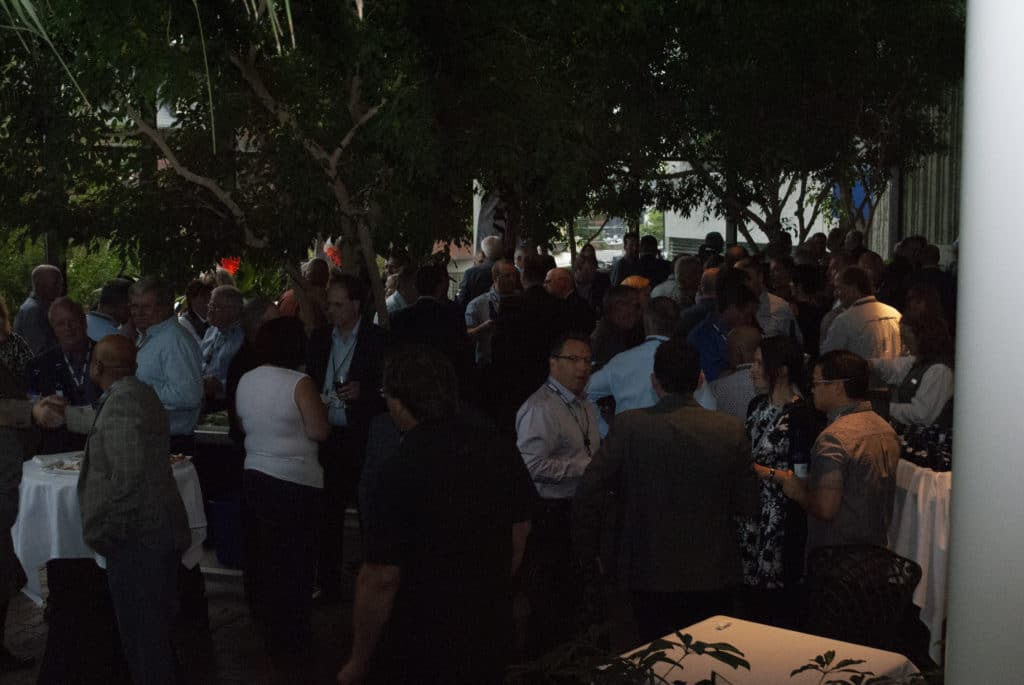 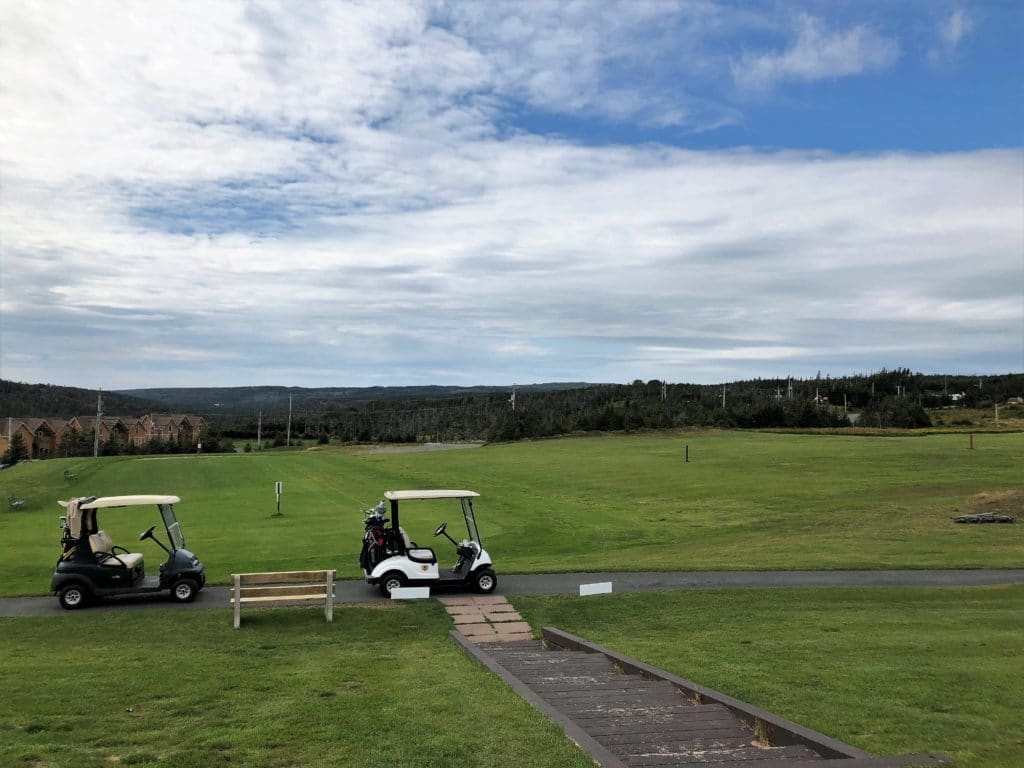 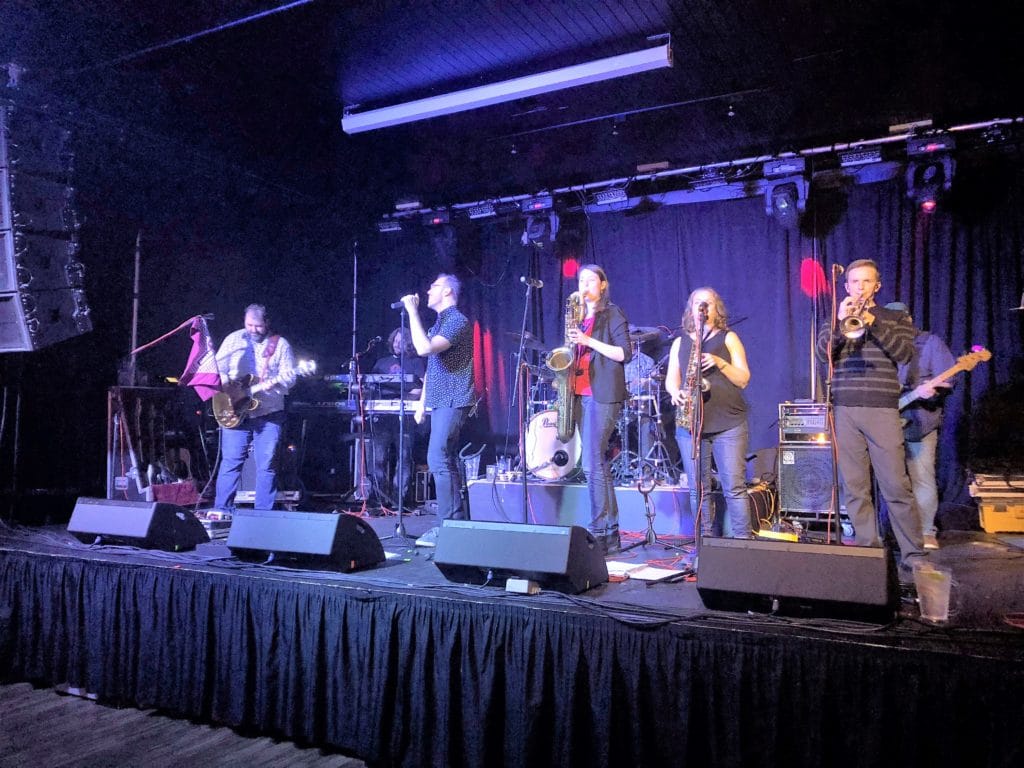 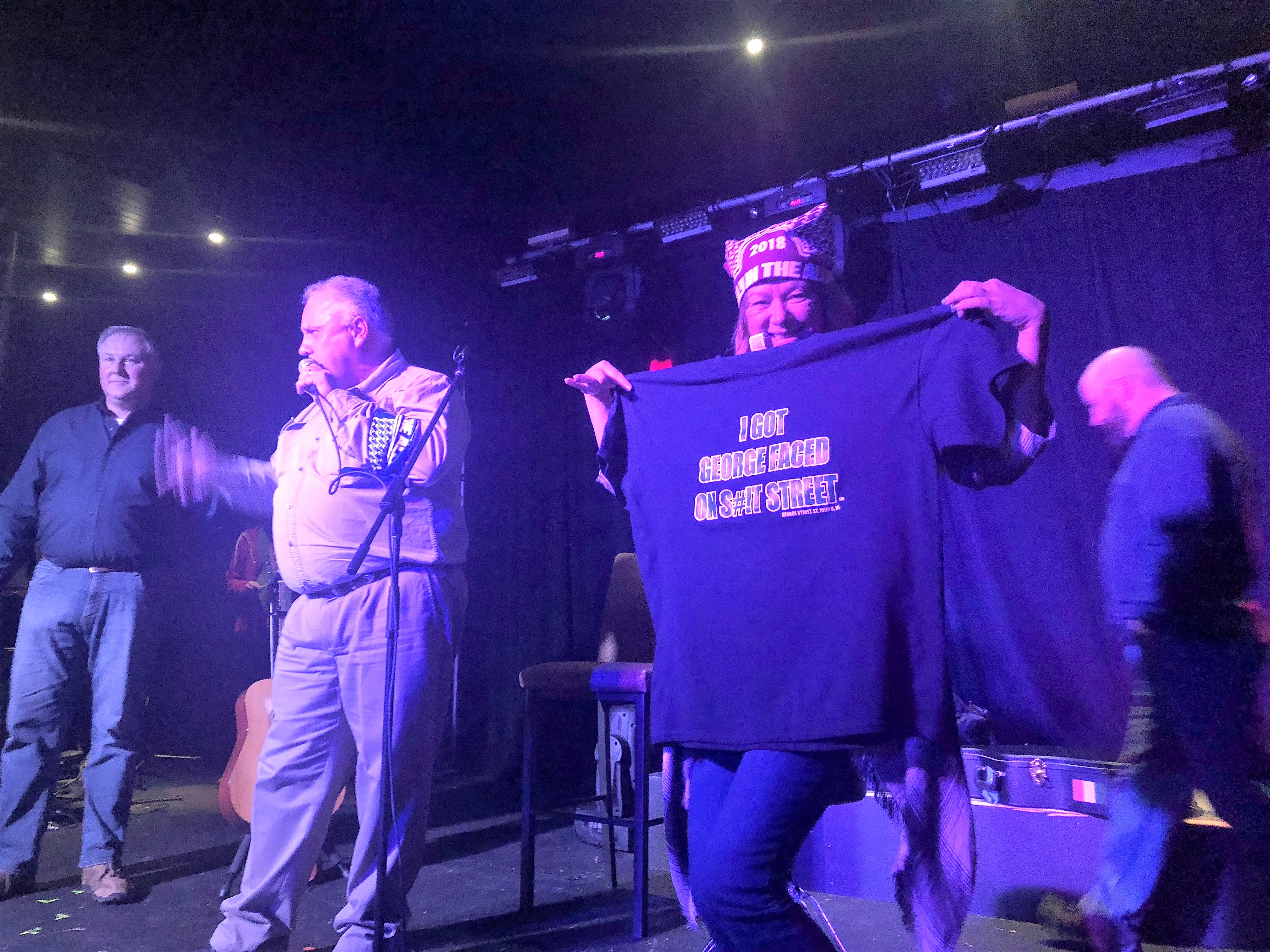 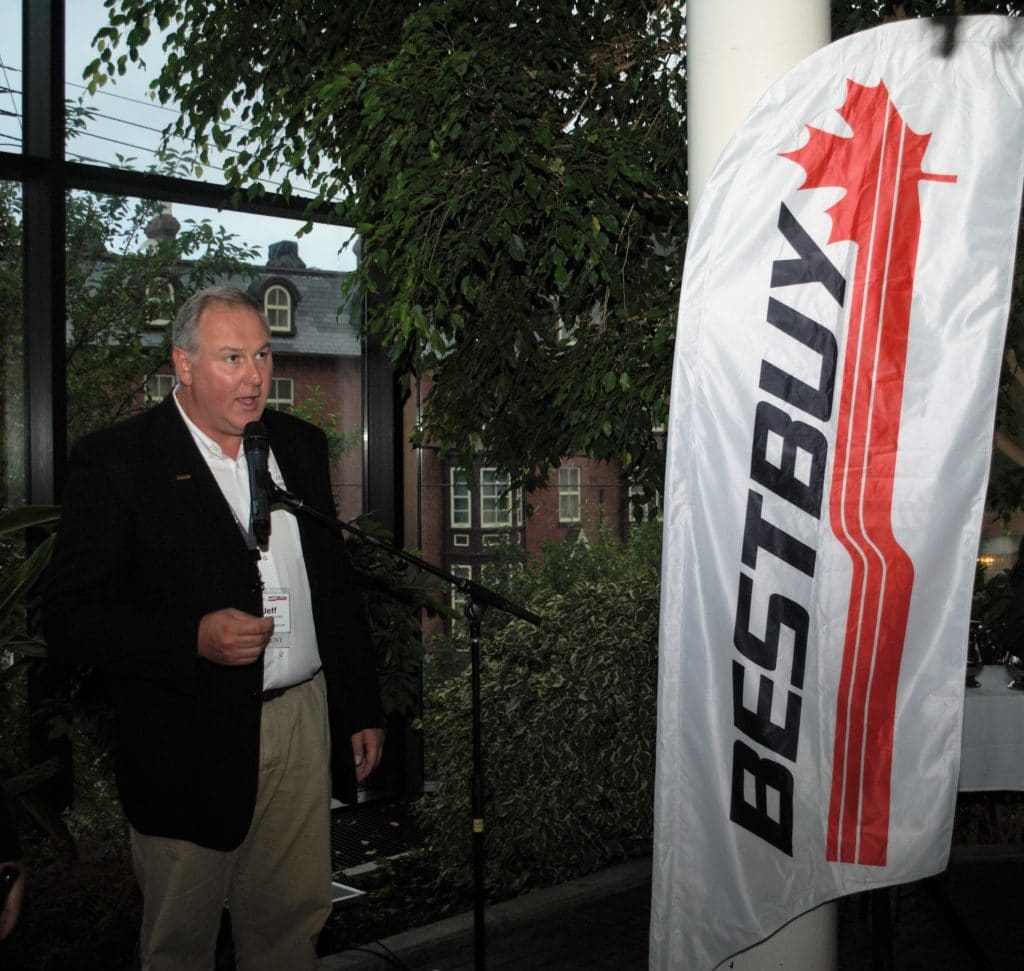 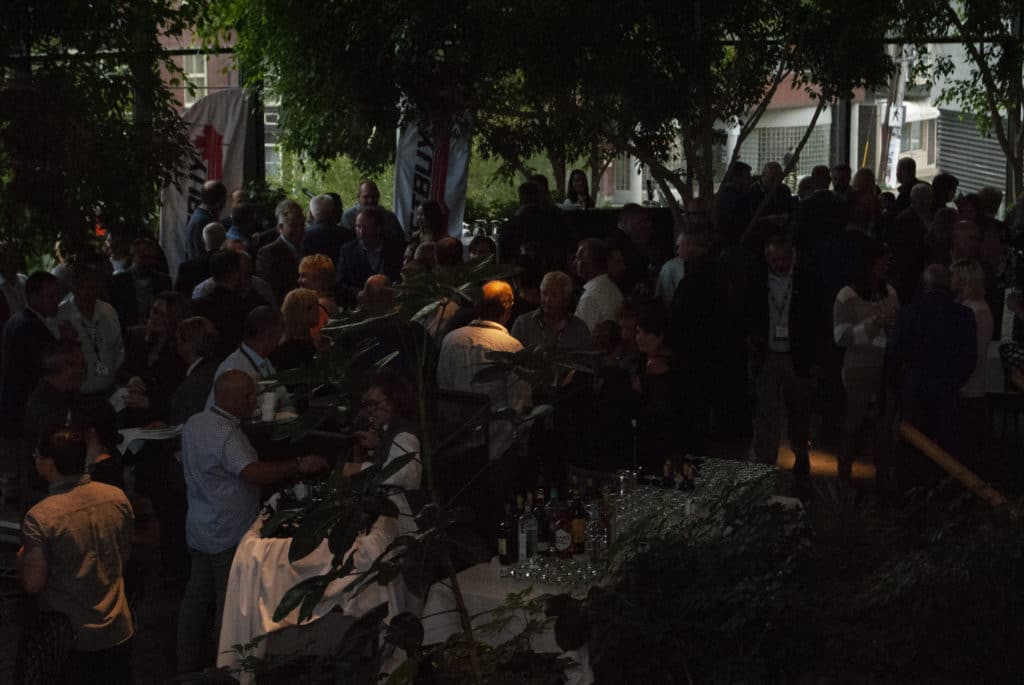