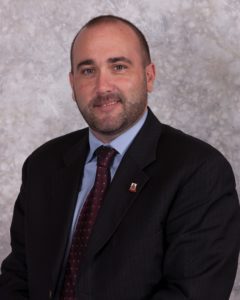 Jason Best has been named the 2017 Young Leader of the Year Award winner by the Young Executive Society committee branch of the Automotive Industries Association of Canada. He will be recognized at the AIA’s 75th annual general meeting on May 16.

Best is the executive vice president, aftermarket at Spectra Premium Industries. Best was born into the industry and is well known throughout for his approach to leadership, and his ability to share his vision with his team and customers, said an announcement from the AIA. For example, the association highlighted Spectra’s move from being a single product line company to one with multiple lines in its portfolio under his leadership.

He has an enthusiastic approach that is visible from the boardroom to the plant floor and everywhere in between, the AIA said, noting how Best mentors employees and other industry personnel alike. His leadership and vision is admired as he continues to help mold the next generation of leaders at Spectra and throughout the aftermarket industry.

Best was also noted as community supporter, coaching both t-ball and children’s soccer. Within the industry, Best has served on the AIA’s board of directors since 2014 will be joining the AIA board executive as second vice-chair following the AGM.

The award was created in 2007 and is handed out annually to recognize a young employee for their dedication to the industry, leadership, and innovation.