Fans of motorsport will almost certainly have seen races held in Canada, whether that’s at the Circuit Gilles Villeneuve for Formula 1 or the Canadian Tire Motorsport Park for NASCAR, there are many big racing circuits, and a fair few of them host races in Canada. But do we get to see the best drivers in the world tackle the biggest courses in Canada enough, or should more races be held there? That is what we’re here to discuss now.

We all know circuits like Formula 1, NASCAR, and MOTO GP already have a global audience, but more and more of the smaller circuits now are starting to get bigger audiences as more people discover a passion for racing. This in turn drives more customers for other sectors of the market too. With betting companies opening up more markets for more forms of racing for the masses to discover unknown passions too.

With the appearance of more and more legal sportsbooks in Ontario and other places in Canada, you can bet there are more and more people looking to get involved in having a dabble on the racing, and in all honesty, more races would help both industries, more publicity for the racing scene depending which scene it is, of course, NASCAR and F1 don’t need any more publicity, but other racing circuits, however, could use the boost. As well as a boost for local bookmakers.

But that isn’t all, having racing fans from all over the world visiting racetracks in Canada helps other parts of the Canadian economy too. Local restaurants and bars getting more custom, local hotels as well as other venues, people discovering a passion for Canada and honestly the same could be said for anywhere in the world but today specifically we’re talking about Canada. So what reasons are there for allowing more big races to be held in Canada? 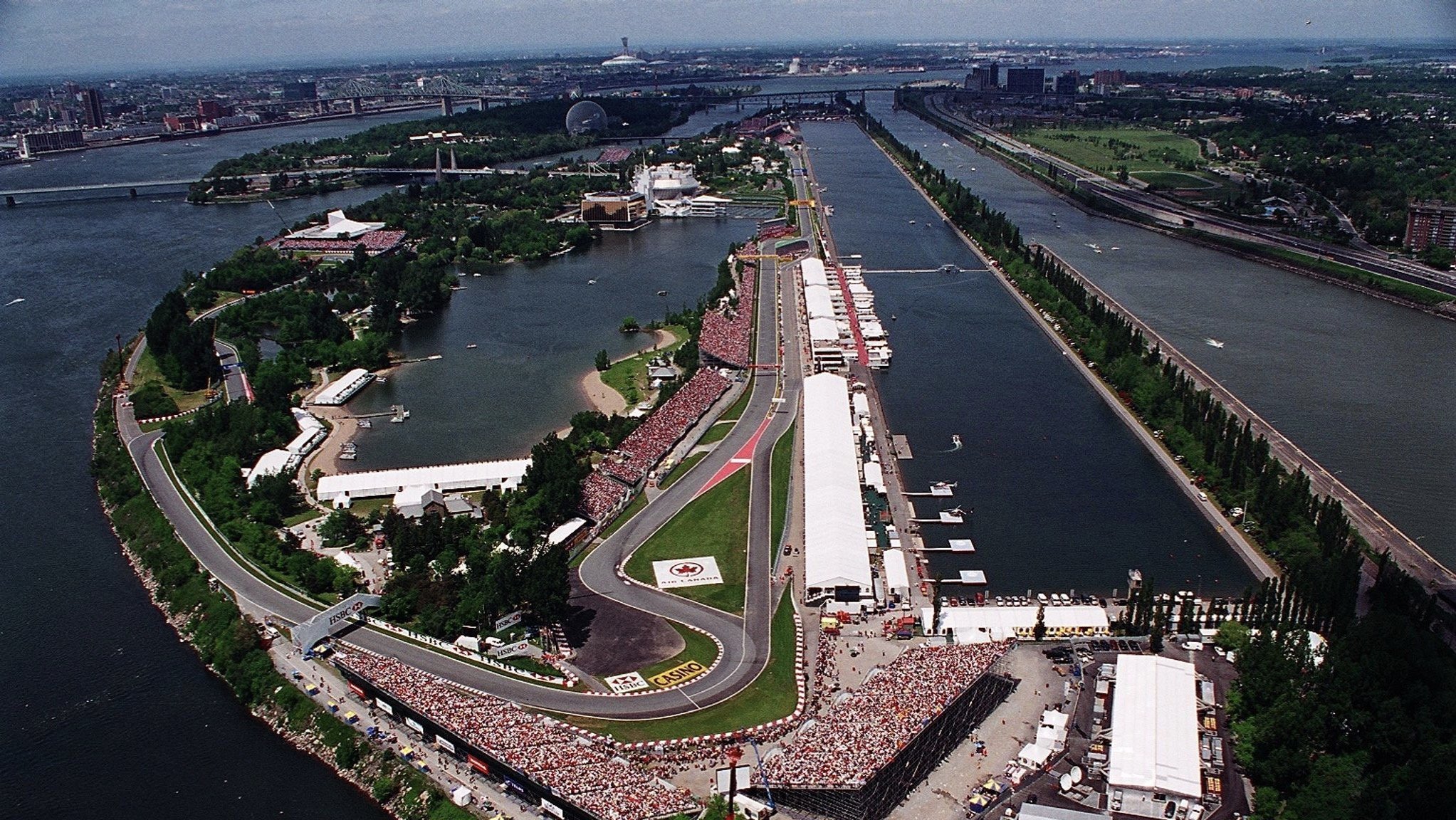 Our first point of discussion will be the Circuit Gilles Villeneuve, argument number 1 for why more races should be held in Canada, just look at the picture above. Just look at it. It’s a beautiful track in beautiful surroundings. Every race here is a spectacle in my opinion. Currently, this track hosts the Formula One Canadian Grand Prix and is set to be hosted on Sunday June 19th this season. The track itself opened in 1978 and has since hosted FIA World Sportscar Championship races, NASCAR Canadian Tire Series races and many more.

The track was originally called the Ile Notre-Dame Circuit and was named this because of its location on Notre Dame Island which is a manmade Island in the St. Lawrence River. However, following his death, the track was renamed to honor the memory and career of Gilles Villeneuve, father of Jacques Villeneuve following his death during the final qualifying session of the Belgian Grand Prix in 1982. May he forever rest in peace.

Over the years this track has been host to many entertaining races and it is particularly well known for how close the barriers are to the track, this has caught even the best drivers out over the years, especially in recent years given how close to the limits drivers get nowadays. It has undergone changes over the years to curbs and other bits and pieces, but the most recent changes to the track were the paddock. The entire paddock was leveled and rebuilt in 2018 to bring it up to modern standards, the old paddock had stood since 1988.

Next up there’s the Canadian Tire Motorsport Park, this is a very versatile track. It features a 3.9KM road course, a 2.9KM advance driver and race driver training facility, a 0.4KM skid pad and a 1.5KM kart track. This track has hosted plenty of big events over the years and in my opinion, has the prestige and the reputation to host more. They’ve hosted the Canadian GP many times, they’ve hosted plenty of NASCAR races including being the current host of the Pinty’s Series as well as hosting Indy Car races and the FIM Road Racing World Championship. 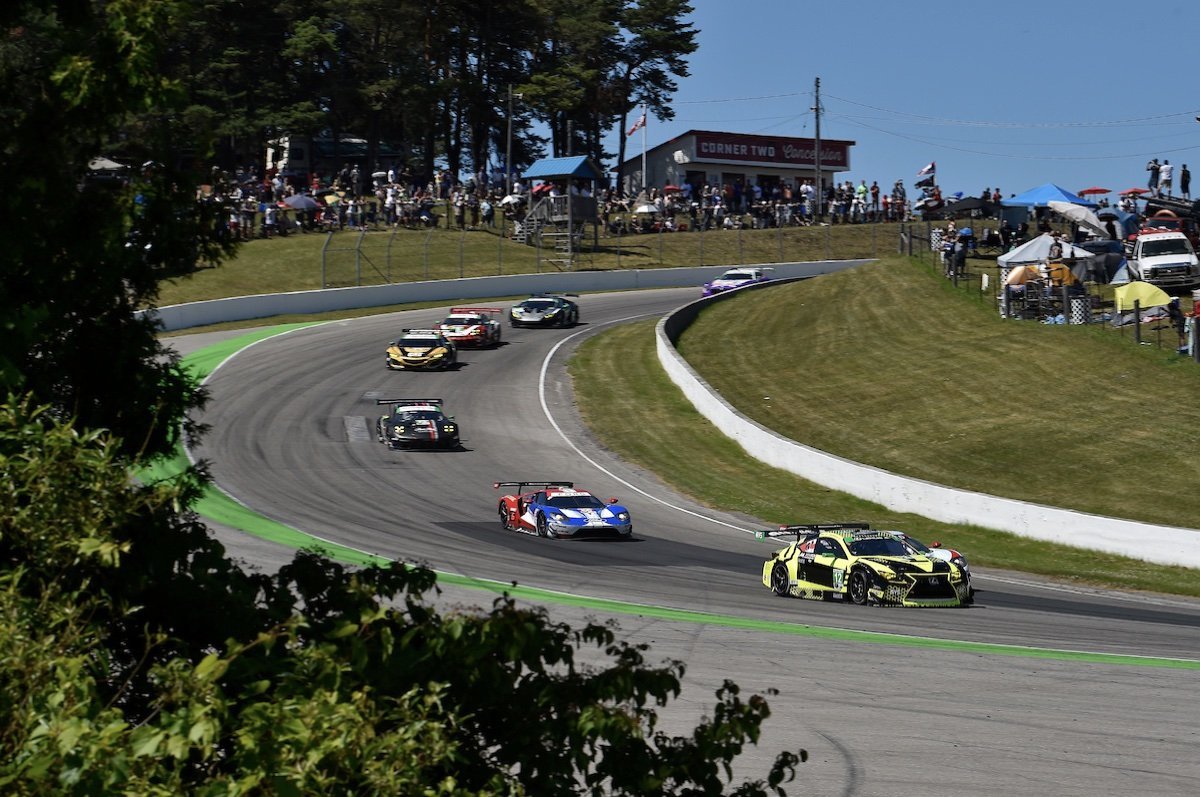 Canadian Tire Motorsport Park has been added to the calendar for the IMSA for 2022! Source:  IMSA

Historically this course was built in 1960 and opened up in 1961. What makes it an interesting course for me is it feels very ‘grass roots’ and maybe it’s the kart track that helps with that vibe, but the track itself has no official capacity, just open seating with no limit. So you’ll find people sitting atop the grassy banks on blankets, trucks parked at areas in the middle of the circuit, and stuff which helps create a very good vibe for me and can make the atmosphere feel very next level.

Of course, the Circuit Gilles Villeneuve is currently the host of the Canadian Grand Prix for the Formula One series BUT that’s not to say this track doesn’t host any big events anymore. If you’re wanting to catch the best of the best here specifically you have plenty to feast your eyes upon.

The Canadian Tire Motorsport Park used to host the IMSA WeatherTech SportsCar Championship from 2013 and has been added to the calendar again for the 2022 circuit! Then you’ve got two different NASCAR series, the NASCAR Truck Series and the NASCAR Pinty’s Series and we can’t forget the incredible amount of local talent that take to the roads here with the Canadian Superbike and Touring Car Championship and many more.

That’s going to do it for this one, would you like to see more big circuits visit Canadian tracks? Or would smaller circuits but televised be a good idea also? Honestly, more televised racing regardless of the location is good news for me but if you’re a Canadian local then anything to help boost local economies is always good news isn’t it? Until next time, take care everyone.