She gets things done

Cathleen Wachs of Auto Parts Central in Brandon, Man. has been named the Jobber News 2018 Counterperson of the Year for the tireless work ethic and relationships built with customers 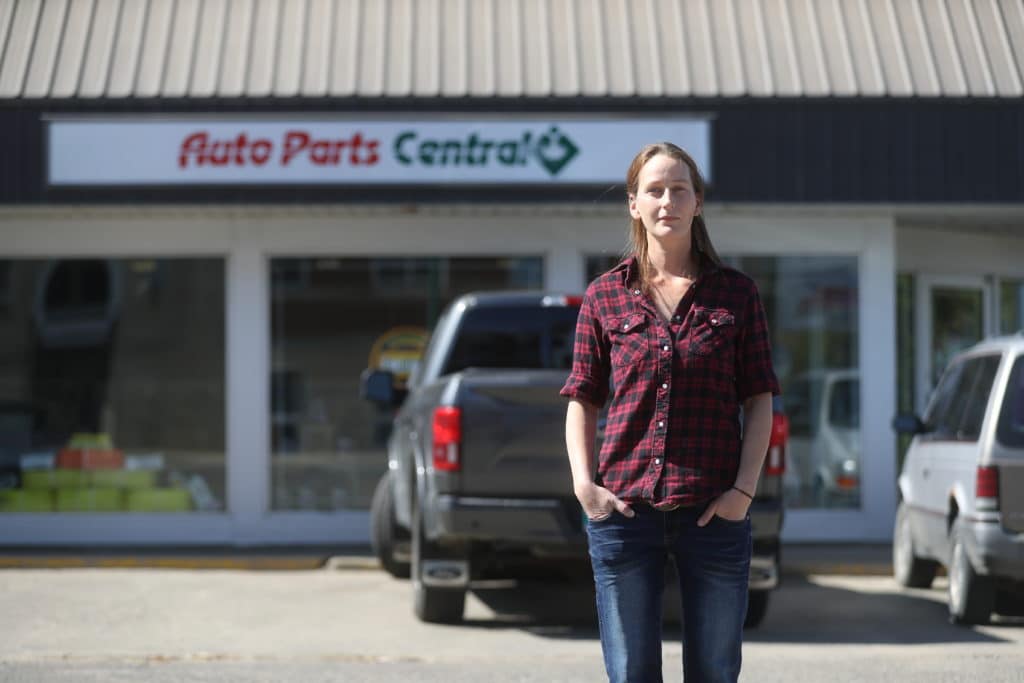 Cathleen Wachs of Auto Parts Central in Brandon, Man. is the 2018 Counterperson of the Year

To be a good counterperson, you need to be quick, efficient, friendly, able to find the part the customer wants and develop relationships.

To be the Counterperson of the Year, you need to go a step further. Actually, a few steps.

Cathleen Wachs has been picked as the 2018 Counterperson of the Year by Jobber News for her tireless work ethic, skill of building “unbreakable” relationships and going above and beyond for her customers – just to name a few.

“She’s the best there is, in my opinion,” said Troy White, owner of Brandon Radiator. “She just cares more. She gives it a 110 per cent every time.”

Wachs is modest in her approach to her job, where she’s spent the last seven years.

“It’s just what I do. I have no rhyme or reason,” she said. “I guess I’m just a people pleaser. I just generally treat people how I would want to be treated.”

“She’s very good on the phone with customers,” said Pete Lepage, Manitoba division manager for Auto Parts Central. “She has quite a following of customers who trust her. We have good, qualified counter people but she has a knack for building relationships.”

“We don’t necessarily ask for her. But when we get her, we feel lucky that we get to speak with her,” said Brayden Davis, manager of Kal Tire in Brandon. 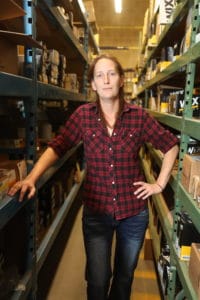 2018 Counterperson of the Year Cathleen Wachs in the warehouse of Auto Parts Central in Brandon, Man.

Lepage noted how he’s never seen anyone like her in his career. “In 20-some years, she stands out to me as a top counterperson who has built relationships that are seemingly unbreakable. She has certainly helped grow our sales,” he said.

“Sometimes they come in with a small fitting and they’re like, ‘Do you have this? I need this. It’s the only thing holding up my project.’ So I say, ‘Let me go take a look and see what I can find.’ I find them the part and they’re super happy,” she said.

If the hours are moving along slowly, you probably won’t find her behind the counter. That’s because she’s looking for something else to do to help the business.

“She handles a lot of things other than just the counter,” Lepage said. “She leads by example. She’s nonstop and always doing something. If she’s not on the counter, she’s receiving packages or she’s working in the warehouse.”

Wachs isn’t one of those people to just stand around.

“I think I just don’t sit still well. I’d rather go find something to do that’s going to be productive that is going to help out other co-workers,” she said. “Or do just general day-to-day work stuff rather than sit there staring out the window.”

Earlier this year, Wachs led the charge to replace all of the store’s wood shelving in the warehouse – 200 feet of shelves was converted over to metal. The task meant giving up nights and weekends to get the job done.

But she didn’t mind.

“It needed to be done and I just figured I knew how, so might as well. And I got smash old wood shelves, which is always fun,” she said. “It was just like, ‘Oh take apart shelves without it collapsing? Perfect, I can do that.’”

Read the full feature in the October issue of Jobber News.