Security an afterthought for many shops 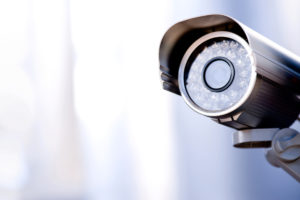 You’re off to just another day at work. Everything seems the same on the way in. No surprises, you think.

Until you get to your shop and the front door is bashed in. The place is a mess.

The panic. The adrenaline. The questions. What happened? When did it happen? Who did this? And then: what did they take?

But you have a security system, right? And an inventory of your tools? Was your compound locked up? Cameras are set up properly, too? And you’re adequately insured, yes?

No? Then you might be in a bit of a pickle.

Unfortunately, not enough in the automotive repair business are taking enough steps to properly secure themselves, according to Tony Auchincloss of Tool Inventory & Appraisals System.

“Most shops have some degree of security, but not necessarily cameras outside,” said Art Wilderman, executive director at Canadian Independent Automotive Association in Calgary. Maybe those cameras won’t stop a thief, but it could help catch one, he added.

Part of the reason is cost.

“I guess you would want to weight the cost-benefit ratio,” Wilderman said. “If the insurance companies are making it a benefit to have that kind of equipment, then you will probably go down that path.”

‘It’s all go to do with money’

“It’s all got to do with money. A lot of these shops don’t have any money. They’re going to go to the local (big-box retailer) and pick up a camera system,” he said.

Car dealers, for example, will invest in a 360-degree camera for their showroom while mom-and-pop repair shops can’t spring for that kind of product.

While noting that he doesn’t believe there’s an epidemic of crime against auto shops, Wilderman said it does happen every once in a while. “It raises its head. And there’s usually a couple of incidents related to the same crooks.”

Cameras, while good to have, are not the silver bullet to stopping criminals, Cairns noted. “I’ve had cameras everywhere on my property and I’ve seen them stealing my catalytic converters out of my trucks. Still can’t get the guy.”

It’s about being realistic, he added. “We sell cameras, and (shop owners) think that’s the best, but we try to give them some information” about the fact that thieves will still try to break in if they really want to.

But that doesn’t mean you can ignore securing your shop, Wilderman said. “Having people breaking break into your shop opens a whole can of worms. You don’t want them in the building stealing scan tools or breaking into cars or doing damage to the property.”

And if you have cars outside, he advised, secure them behind a fence as a locked and secured yard will act as a deterrent. “I advise everyone to at least have a lockable compound on their property so that whatever that can put inside is behind a chain-link fence.”

“Having people breaking break into your shop opens a whole can of worms. You don’t want them in the building stealing scan tools or breaking into cars or doing damage to the property.”

At the very least, Wilderman recommends that all shops have “a minimum security system for the building they are operating in with alarms and monitored alarms.”

“If I was going to do anything, it would definitely be cameras. At least you can go back and find what happened, how it happened and stop it from happening again,” Cairns said

If you have an outside lot, protect that, too, Wilderman advised, by making sure it is indeed covered by your insurance company. That’s something he learned the hard way.

That left Wilderman baffled.  “Well, just a minute, I bought a policy I wanted for the structure and the compound,” he argued to no avail.

So “read the fine print and make sure you are dealing with an insurance company that is within the industry. Make sure the coverage you are getting is what you need. I’ve had people who have cut their costs … by doing due diligence and shopping the market.” 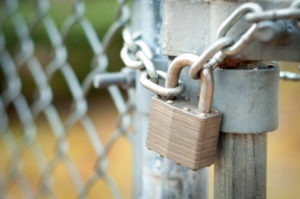 Cameras on the outside can help, but Cairns recommends putting them inside “where you can put somebody through a tunnel or doorway” to get a good glimpse at the crook. You never know, he warned, it could be an employee breaking in, turning off the alarm, swiping items and turning the alarm back on before they leave.

Removing security from the equation, cameras in the bays is definitely something to consider from the safety end of things, Cairns recommended. “If somebody hurts themselves, it should be recorded. We’re not saving anybody here, but if you have a customer going into the bay and he hurts himself, how do you prove (what happened)? They need video to stop lawsuits.”

Part of a secured premises is having an inventory of your tools, Auchincloss said. “Those who don’t will have a problem,” he added.

“Garages today, I would say 10 per cent know what they have. The other 90 per cent have no idea.”

In the event of fire or theft, a proper inventory of your tools will make life easier, Auchincloss said. Knowing what you have means you can get compensated by your insurance company much faster and the downtime facing a shop can be minimal thanks to planning ahead.

On the flip side, “to recreate that inventory and go through it all (by memory), it could take a year and a half” to be compensated, Auchincloss said.

“A lot go bankrupt because they can’t wait to get paid out.”

A pre-loss assessment, he said, can run $1,600-$2,400 and usually take four to five hours. If that cost seems steep to shop owners, Auchincloss framed the argument this way: a scan tool costs $7,000. If it’s stolen and you go through your insurance company to prove you had one, how long will it take for you to get paid?

“It’s the cost of that versus getting your (money from the insurance company) in 14 days,” he said. “You can prove you had it. What’s your down time? It’s a no-brainer.”

And if many tools are stolen or all are lost in a fire, how well can one remember everything in each drawer? Think of how emotional you will be, Auchincloss, said.

Shop owners can even take the inventory themselves if they don’t want to pay for it. “Take pictures. Document what you have. Doing it from memory is the hardest,” Auchincloss said.

And whether you do it yourself or get a professional to take an inventory, always remember to update your files, he advised.

Unfortunately, many learn their lesson the hard way.

“It’s an educational process,” Auchincloss conceded. “It’s hard getting people to actually do this.”

Shops that have been broken into are better customers for insurance companies, Wilderman said. And it’s important to be a smart consumer.

“Ask for the right type of policy so that you’re covered for your tools, not just the deterioration of things,” Wilderman advised. “No matter how old your tool is, it still works, as a rule. Knocking half the value off the price doesn’t make much sense.”

He hopes that one day the industry can work with insurance companies to figure out what works best for shops, whether it’s how to lock things up properly or where to place a fire door.

“We need to be working hand in hand with the insurance companies and alarm companies (so we can be) covered to the best of our ability,” Wilderman said.