Sales up, but good employees hard to find: survey 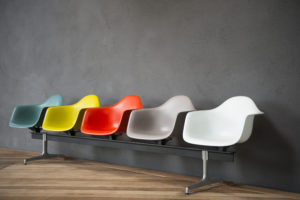 Business appears to be good for members of the U.S.-based Automotive Service Association, according to its recent ‘How’s your Business?’ survey. However, a shortage of technicians is the biggest challenge for almost half of respondents.

Business was up but hiring and retention continues to be a challenge for shops.

The conclusions come from the Automotive Service Association’s recently-released How’s your Business? Survey. Members of the American association were asked about the business operation of their shop for the first six months of 2016. Last taken in 2014, the ASA said the latest results “provided some surprising new developments in the industry.”

And sales are up, many shops found. More than half (55 per cent) saw an increase in sales from 2015, while a quarter reported a decrease and one in five saw no change.

But this good news is off-set by the fact that many are feeling the crunch of finding qualified employees. When asked about their biggest challenge, technician shortage topped the list with 45 per cent of respondents listing it as an issue. One in five said changes in technology was their primary concern.

“Keeping up with the changes in the automotive service and collision repair industries is a full-time job these days,” said Tony Molla, vice president of the ASA. “The latest survey results only confirm that we are in a dynamic, technology-driven cycle that is changing the way business models are evolving, while reinforcing the need for qualified talent to continue building on the success our member shops report.”

Repair work is most common for shops, as 56 per cent said that dominates their time. Maintenance accounts for 38 per cent of work. Most ticket charges (21 per cent) are over $500, shops reported. Just 6 per cent of work cost under $200

Almost all respondents were independently owned as just two per cent said they were part of a franchise. Family-owned shops account for 89 per cent of shops. Eighty-seven per cent of respondents being the owner of the business. ASA members’ average age is 55 and have spent 34 years in the industry. Given that they’re not at the typical retirement age, it may not be surprising to see that 72 per cent have no intention of selling their business in the next five years.