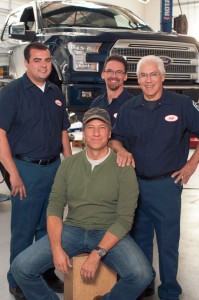 Wagner OEX brake pads will be introduced to millions of consumers through a broad-reaching television, digital, radio and print advertising and social media campaign beginning this spring and continuing through 2016.

“The Wagner OEX launch is important because safe braking is a big deal to drivers and their loved ones,” said Laura Soave, senior vice president and chief marketing and communications officer, Federal-Mogul Motorparts. “These innovative brake pads will help change the way the owners of light trucks, SUVs and CUVs think about braking performance, reliability and safety. Our campaign tells the Wagner OEX story in a clear and compelling way to consumers as well as to the skilled professionals who repair their vehicles.

“We are proud to be pushing the envelope of innovation, as we have for many years,” continued Soave. “Wagner OEX brake pad technology is the latest in a series of industry-leading innovations for Wagner, such as the one-piece brake pad, Wagner ThermoQuiet, featuring Integrally Molded Insulator (IMI) technology, which was another ‘first’ in the braking industry when it was introduced in 2001. Wagner OEX is another milestone in our commitment to continuously raise the bar in the braking industry.”

Throughout the campaign, the advantages of Wagner OEX pads will be demonstrated in part through the experiences of three automotive service professionals – Jeff Buckley, Jonathan Dwyer and Rich Rigsby – who were among more than 450 top technicians who participated in an extensive pre-launch program. Among these participants, 99 percent reported that Wagner OEX pads provided a higher level of quality and that they saw a noticeable difference in the new brake pads. The three are featured along with Rowe, star of the popular weekly CNN television series “Somebody’s Gotta Do It,” in the campaign’s television, digital and print ads, billboards, and a 3-minute video titled “The Science Behind the Stop,” which can be viewed online at www.WagnerBrake.com.

Federal-Mogul Motorparts’ relationship with Rowe also extends beyond advertising. The company recently became a sponsor of the mikeroweWORKS Foundation’s 2016 Work Ethic Scholarship Program, which launched March 15, 2016, and assists eligible individuals who plan to pursue an education in a vocational or similar trade-related program. The new sponsorship aligns with Federal-Mogul Motorparts’ “Tech First” initiative designed to offer comprehensive, highly accessible technical education and related support to the professionals who diagnose and repair today’s vehicles.