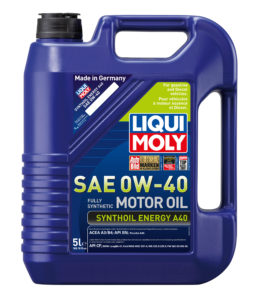 Liqui Moly has released an oil made specifically for Porsche vehicles. Synthoil Energy A40 0W-40 is designed for the type of engine power Porsche vehicles demand from their motor oil. The new product from Liqui Moly is officially approved by Porsche for all vehicles that require an oil with the company’s A40 standard. That means pretty much every Porsche with a gasoline motor. The oil is not meant for use in your typical vehicle, only sports cars. It is a newly developed synthetic motor oil from Liqui Moly. With a 0W-40 rating, its viscosity is greater than many conventional oils.