Prestone looking for artifacts to ring in birthday 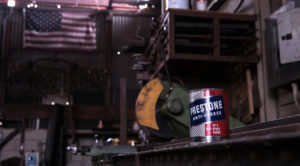 After 90 years, Prestone figures there must be some good stuff it has left behind somewhere.

In gearing up for its official anniversary on June 5, the fluid company is kick-starting a campaign that includes a “search for branded memorabilia to uncover previously lost or unknown artifacts from the brand’s past,” the company said. The company is particularly interested in vintage signs, cans, bottles and even advertisements bearing the Prestone name.

“Found items will ultimately come to rest in permanent display at the Prestone corporate archives,” the company said. “Noteworthy submissions may also be included in nationwide museum exhibits.”

As part of the celebrations, the company announced it is partnering up with Barrett-Jackson, an automotive auction house. Prestone will also continue with The Ringbrothers, “who will be building a custom 1972 AMC Javelin AMX in honor of the brand’s anniversary.”

And the company will be part of the 2017 Specialty Equipment Market Association (SEMA) show, kicking it off with a rally from Los Angeles to Las Vegas.

“Prestone is also launching a Truck & Trailer Program that features a customized Ford F-750, currently being designed and built by the DieselSellerz,” the company said. “The program will activate at key auto and aftermarket events around the country, including the Hot Rod Power Tour, SEMA, PRI and multiple Goodguys Rod & Custom Association events.”