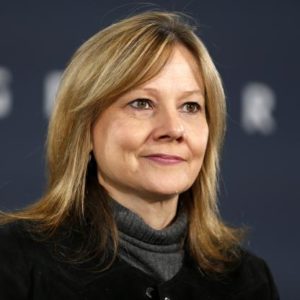 GM has been reluctant to reveal any plans to join the race for an electric pickup… Until now.

The notion had previously only been hinted at.

“GM has an industry-leading truck franchise and industry-leading electrification capabilities. I assure you we will not cede our leadership on either front,” Barra said. “We intend to create an all-electric future that includes a complete range of EVs – including full-size pickups.”

Barra provided no additional details saying only, “We believe in an EV future” and GM would share more information when “competitively appropriate.”

This comes after GM ended talks April 19 for a $700 million investment with Tesla rival Rivian which unveiled an electric pickup at the L.A. Auto Show in November.

Rivian were not interested in GM’s request for exclusivity, choosing rather to build vehicles for other companies, like Ford which announced a $500 million investment April 24.

Sales of expensive pickups have provided GM with higher than expected profits, a welcome sign to the belt-tightening measures the company has been focusing on since November.