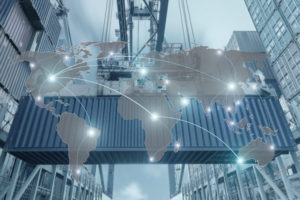 A pair of major supplier associations have come together to put their support behind free trade and harmonized standards.

The call from the U.S.-based Motor & Equipment Manufacturers Association (MEMA) and the European Association of Automotive Suppliers (CLEPA) comes amid talks of protectionism and threats to free trade agreements.

Free trade, access to raw and finished materials and harmonized safety and environmental standards are essential for vehicle parts manufacturers to remain globally competitive, the groups said in a joint statement.

“Illegal regional or national subsidies on goods or production, restrictive non-tariff barriers to trade (including testing and marking requirements), and lack of participation in the world market limits both the domestic and global competitiveness of all suppliers,” the said.

The groups want trade policies that address trade distortions and support open markets in addition to maintaining and improving existing trade agreements. The two also want to see a mutual recognition between the U.S. and the European Union for vehicle safety and emissions regulations, and to work within the framework of the United Nations’ World Forum for Harmonization of Vehicle Regulations (WP.29) to set up safety and environmental global technical regulations.

Having harmonized standards in place will help reduce costs and promote technological advancement, the groups said.

“The international motor vehicle parts supplier industry is leading the way in technological advances that will enable safer, smarter, and more efficient vehicles,” said MEMA president and chief executive officer Steve Handschuh. “We are at the cusp of the biggest technological changes in 100 years. It is critical that free and open trade facilitate our ability to innovate and compete in the global marketplace.”

Meanwhile, the MEMA also issued a one-page geographical report that the economic impact of the auto industry in the U.S.  and the role of the North American Free Trade Agreement in employment in the industry.

If NAFTA is turfed, upward of 50,000 jobs could be lost due to the increased cost of motor vehicle parts. Adding tariffs, the group warns, could add $27 billion in automotive costs to just the U.S. market.