Ontario fires back against ‘Buy American’

New bill to be introduced along with conversations with other provinces 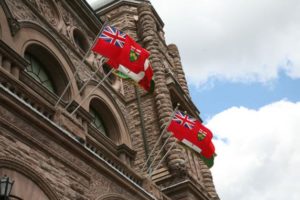 Ontario is about to introduce a bill allowing it to retaliate against any state that adopts Buy American provisions, then plans to start a national conversation with other provinces about measures to punish new cases of procurement protectionism.

Premier Kathleen Wynne shared details of the move in an interview with The Canadian Press.

She said her cabinet has examined legislation to be tabled when the legislature reconvenes later this month. The planned bill would reduce procurement opportunities for states that adopt Buy American provisions, by allowing provincial officials to write regulations targeting individual states.

Wynne insisted the size of each punishment will be proportional to the size of the Buy American exclusion — no more because, she says, she wants to avoid triggering an escalating tit-for-tat that damages the economy.

”I don’t want a trade war,” Wynne said after a visit to Washington.

”But we have to stand up for Ontario businesses, and Ontario workers, and do that in a proportional way. … We are not going to roll over.”

Wynne said the move was inspired by a recent infrastructure bill from the state of New York.

The Canadian federal government is aware of her plans, she said. Next she intends to discuss the idea with other Canadian premiers at their upcoming conference: ”I’ll certainly be raising it.”

One Canada-U.S. trade expert based in Toronto said the move might not be as dramatic as it sounds. The reason: Ontario procurement already has numerous limits to competition, and is far more protectionist than advertised by its politicians.

”Offence sometimes can be good defence, but in this case Ontario government procurement markets may not be as open now as this suggests,” said Mark Warner of MAAW Law. 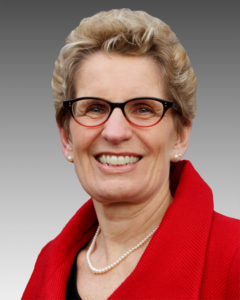 ”At the end of the day, state and procurement preferences in a revised NAFTA will have to be negotiated as we did in response to the (2009 U.S. stimulus bill) … and partially in (the Canadian-European trade agreement).”

Despite the procurement threat, Wynne said she leaves Washington more optimistic about the state of trade between the U.S. and Canada.

She met with American lawmakers, business, and with the chief U.S. NAFTA negotiator, John Melle. She said every person she met had a positive attitude about finding common ground in the NAFTA negotiations.

”Nobody said there’s no path for a solution here,” she said.

”Generally I’m feeling better than I was in November. … Not in one of my meetings did I hear, ‘We should blow the thing up.’ … I feel very encouraged. People are engaged and they think there’s a reason to stay engaged.”

While the U.S. criticized a Canadian suggestion at the last round of talks it appears not to be a total rejection. She said the U.S. appears to want more concrete details from Canada, with numbers, about how its proposal would work.

The Canadians floated a general idea of reforming the formula for what counts as a North American car it would count all costs to manufacturers, not just hard materials, but also include research-and-development and intellectual property.

It’s seen as a less dramatic change than an earlier U.S. proposal. But Canada did not provide specific numbers. The U.S. trade czar at the last round complained that, depending on how this approach were applied, it could result in cars with mostly Asian parts counting as North American.

But the conversation isn’t stalled, apparently.

”What I heard from Melle was: ‘We’ve got to have more specificity’,” Wynne said.