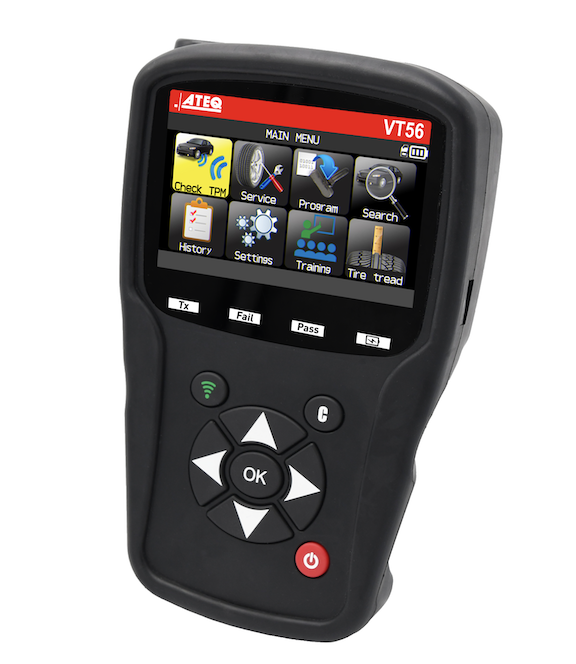 ATEQ TPMS Tools has announced that its ATEQ VT56 will now have the feature to update via wifi. The wifi feature allows ATEQ TPMS tools to remain future proof in an ever-changing automotive aftermarket industry.

The wifi update feature will allow users to update their VT56 tool without plugging it into a PC. When an update is available for download, a message will display on the screen. To complete the update, users must be connected to an internet source.

The tool goes through two steps to download software via wifi; first, the tool downloads the software and second, the tool decompresses the software, which causes the tool to restart multiple times. This process also occurs when downloading software from WebVT.

The company has produced a video a video to show how to connect the VT56 to wifi.