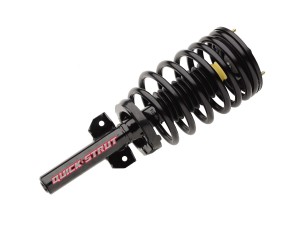 “Nearly every time we interview technicians about their ride control preferences, they tell us the same two things: they don’t consistently trust any strut assembly other than a Monroe Quick-Strut assembly, and they want us to keep expanding the line so they can use our units on more vehicles,” said John Perrin, director of marketing and engineering, North America Aftermarket, Tenneco. “That’s exactly what we intend to do in 2016 and beyond.”

The coverage expansion has paralleled the growing popularity of this premium repair solution among vehicle service professionals throughout the U.S. and Canada. Unit sales of Quick-Strut assemblies have logged annual double-digit gains since the line was introduced in 2003. Over the same period, Tenneco has invested in a more than 500-percent increase in strut assembly production at its Monroe ride control manufacturing plant in Paragould, Ark.

“Because a shop might have only one chance to replace struts during the life of a given vehicle, the business owner should consider which strut assembly will provide the best overall outcome for the customer and for the shop’s reputation,” said Perrin. “Will it be the one that was designed and manufactured in the U.S. by a leading OE supplier, or one that was sourced overseas and might not even have been fit-checked or tested on the corresponding vehicle? We believe the answer is clear.”