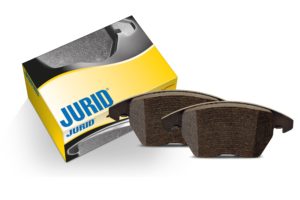 Federal-Mogul is bringing the Jurid line of replacement brake pads to North America.

These are designed for German passenger vehicles in Canada and the United States.

Jurid, which was founded in Germany in 1915, covers about 98 per cent of German passenger vehicles registered here. It has been found on many Golf models from Volkswagen since the mid-1970s and has been factory-equipped on vehicles such as the Audi A3, BMW 4 Series and Mercedes-Benz A-Class.

More than 40 per cent of Jurid’s 156 pad sets feature the same shapes as original equipment to German vehicle makers.