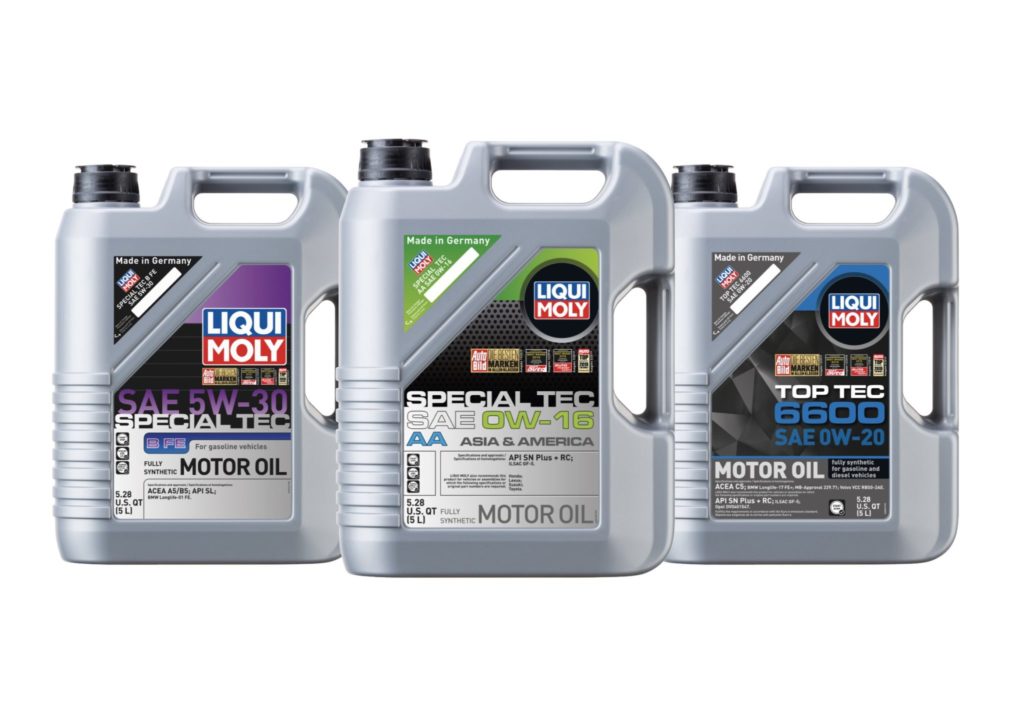 German oil specialist Liqui Moly has launched three new engine oils: one for the latest BMW models, a special one for older BMWs, and one with a particularly low viscosity for Japanese cars.

Liqui Moly’s Top Tec 6600 0W-20 will carry the latest BMW approval Longlife-17 FE+. This type of oil is suitable for the latest gasoline engine BMWs with the exception of the M series. This oil has a viscosity of 0W-20, following the current trend in the automotive industry towards ever lower viscosity oils in an attempt to lower fuel consumption and emissions. It will also carry the latest Mercedes approval MB 229.71 and meet the requirements for Volvo approval VCC RBS0-2AE and API SN Plus + RC.

It the first time that a new oil for a German model has not been launched first in Germany,” says Sebastian Zelger, director of Liqui Moly USA. “Top Tec 6600 is a good choice for workshops that service the latest BMW and Mercedes models. They can use one oil for both brands.”

The new Liqui Moly Special Tec B FE 5W-30, on the other hand, has been developed for older BMW models rather than current ones. More specifically for gasoline engines without particle filters from model year 2002. It carries BMW approval Longlife-01 FE and meets the requirements for API SL.

The third new product is Special Tec AA 0W-16. “It is the lowest viscosity oil that we have launched to date,” says Zelger. It is mainly Japanese car manufacturers that stipulate a viscosity of 0W-16. It is very uncommon outside of Japan. However, this is changing slowly. “0W-16 oils are still very much a niche product but, technologically, they are very interesting,” explains Sebastian Zelger. “This is why we are already producing it, even though the revenue earning potential is still low.” Special Tec AA 0W-16 meets the requirements for API SN Plus + RC and ILSAC GF-5 and is suitable for selected models of Honda, Lexus, Suzuki and Toyota.