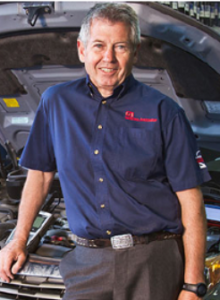 The incoming president of the National Automotive Trades Association (NATA) says it’s time to fix the voluntary agreement that was intended to give independent repair shops full access to OE service information.

“We have not had a CASIS general meeting since the document was signed nine years ago,” he says. “With all the change that’s going on, that’s just not acceptable. It needs to be updated to make sure it works for service technicians.”

Cochrane was voted in as NATA president at the end of January.

NATA is an umbrella organization comprised of automotive service associations across Canada.

As president, Cochrane will coordinate the aftermarket’s position on what was once referred to as the “right-to-repair” issue. Key concerns of the independent aftermarket have expanded beyond just service information to include training, tools, telematics, calibration of advanced driver assistance systems (ADAS), and vehicle security protocols.

“Some people have said that everything is perfect. Well, it’s not perfect,” says Cochrane. “Technicians can’t get a lot of stuff like Honda and Toyota security. That’s not available. It’s fully available in the U.S., but not in Canada. That’s very high on my list of what needs to change.”

He’d also like to see more CASIS meetings, as well as public meetings where the entire industry – including vehicle manufacturers, shop owners, technicians, towers, and locksmiths – can ask questions and voice concerns, much the way the National Automotive Service Information Task Force (NASTF) operates in the United States.

He acknowledges that will come at a cost – something that has been a barrier to promoting CASIS in the past.

“We need to figure out a workable funding model, because as an association of associations, we do not have a lot of funding,” he says. “My recommendation would be to work much closer with the Automotive Industries Association of Canada (AIA) to bring the aftermarket industry together and make us more effective in fighting for our future.”

He acknowledged NATA and AIA are likely to have differences of opinion from time to time, but they have a common interest in supporting independent auto repair.

“AIA is not going to agree with everything we want to do, that’s OK. There’s nothing wrong with some disagreement,” he says. “The best way to go would be to work with them, rather than against them. We need to get on the same page.”