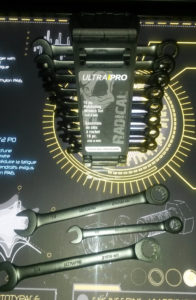 The Radical ratcheting wrench set on display at the NAPA Tradeshow

Younger technicians looking to stand out from the crowd will soon be able to get their hands on a new line of tools and clothing.

Attendees of the NAPA National Business Conference on January 27 were shown the upcoming Radical line, offered by the parts and accessories company. About 800 attendees and 120 exhibitors took part in the tradeshow at the Fairmont Royal York in downtown Toronto.

No shiny chrome pieces were laid out for visitors to see. The Radical line features all black tools and equipment — a mobile tool cart, impact wrench, wrench sets, gloves and toolbox.

The brand is set to launch May 1.

It’s an “extension” of the Ultra Pro professional line currently offered, said Yannick Addy, director of tools and equipment and retail at NAPA. “It’s really to follow the market, to follow the trends,” he said. “We’ve got young mechanics that are coming out. They want to stand out, they want something (different). They want something that they can relate to (through) their tools, so the radical series is perfect. It’s right in line.” 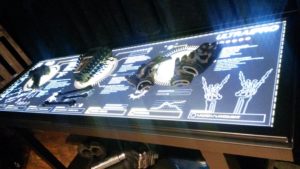 The mobile tool cart is different from others because, Addy said, it features a butcherblock top, making it a mobile workbench and far more durable. “More and more technicians are using tool carts as mobile workbenches. They’re putting transmissions on it, they’re putting their tools on it and when they work on it, they’re scratching the covers, they’re denting the covers,” he said. “The good thing about the butcherblock is that it won’t damage the cover and you still have access to the inside. 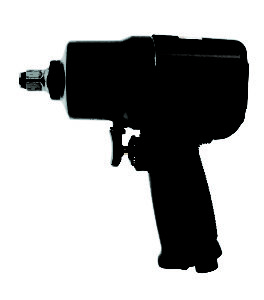 “At some point, if it does get too damaged, they can just sand it and it’s going to be good as new. It’s very solid and the drawer capacity is really high.”

The launch also featured the all-black impact wrench, combination and ratcheting wrench sets and gloves. The impact wrench, Addy described, has “one of the highest torque on the market right now with 1,200 lbs. of torque.” And, of course, it has “the Radical look and the Radical logo.”

Combination and ratchet wrenches will also be soon available. “It’s the same quality of tool that we got right now at a professional level (with) our ultra pro program, but instead of being chrome, it’s black oxide.”

And then there’s the toolbox. 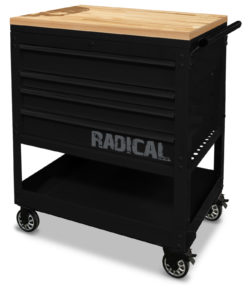 Addy noted its many features, including a personal lock where technicians can store their wallet and cell phone. And if your device needs some juice, the toolbox is equipped with a charging outlet. The shape of the box was something Addy was keen to point out, saying that the design makes it friendlier to professionals by keeping their tools more organized.

“With all of the (tools you can put at the top), you can free up all of the bottom boxes. The number of sockets and wrenches you can put up there is impressive” compared to a regular toolbox, Addy said. 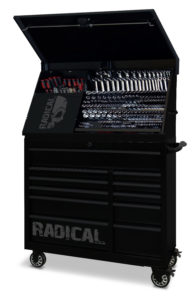 “It’s very visual, so they can see (all of their tools) right away” he added. “You don’t have to pen the toolbox and start looking. It’s right in their face and they can (find what they are looking for right away).”

“Also the capacity of the drawers is something (that has received high praise).”

Prices for the new line aren’t expected to be radical, Addy noted. Despite all the hoopla around a new line, buyers will pay “the same price … they’re going to get a good deal.”

The tradeshow welcomed visitors from across North America to display products. Below are a some photos from the event. 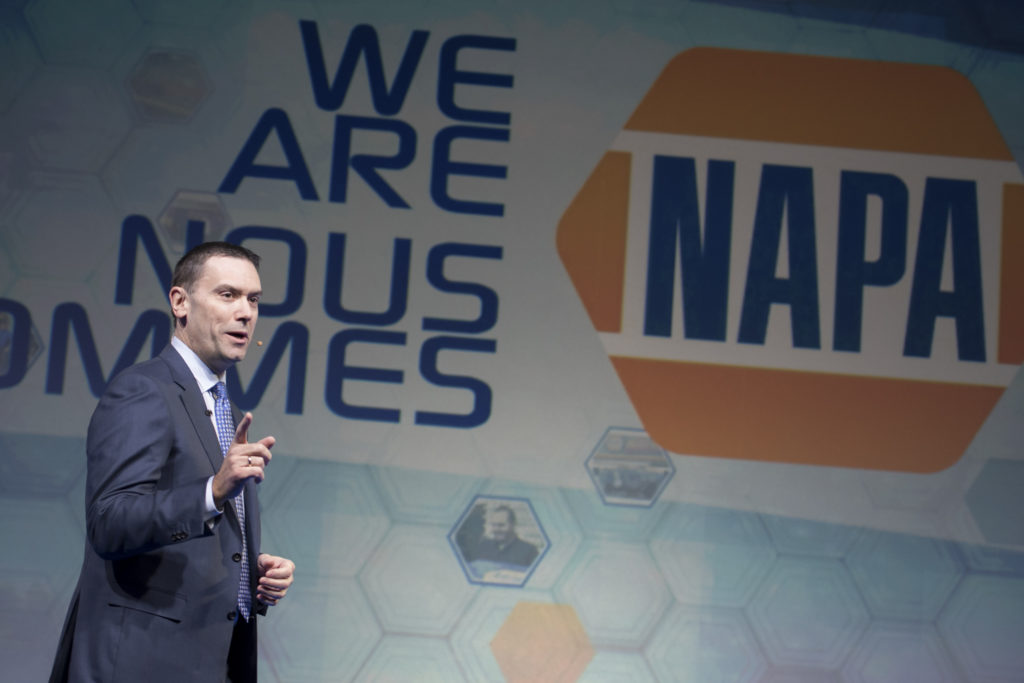 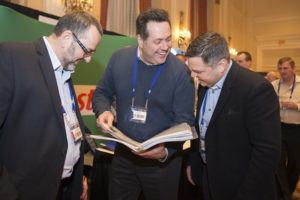 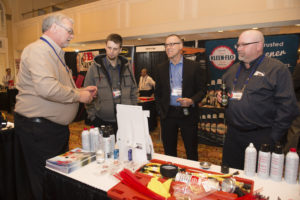 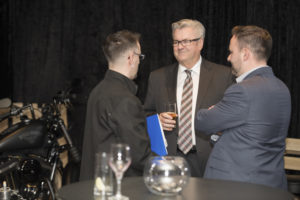 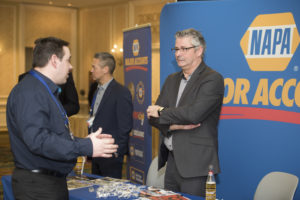