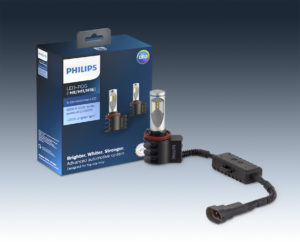 For improved safety, the Philips X-tremeUltinon LED Fog Lamp helps eliminate glare to other drivers by creating the same beam pattern as standard halogen fog lights to ensure that the light emitted by the new LED fog lamp is directed onto the road and not into the eyes of oncoming drivers.

The fog lamps are built with an ‘AirFlux design’ to provide constant cooling and incorporates the best optical lenses available in order to deliver a smooth, inclusion-free beam with no shadowing effects.