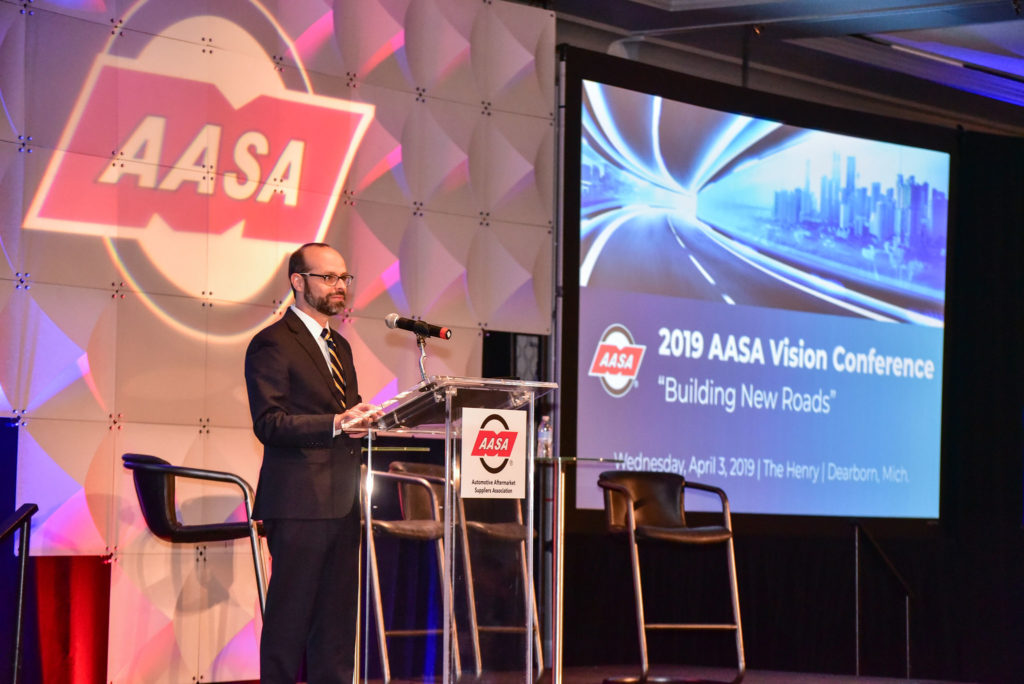 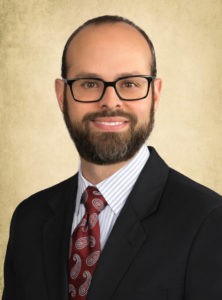 The new president of AASA says he’s committed to working closely with his counterparts in Canada and other countries as they respond to technological and political developments with global implications.

Paul McCarthy, who took over for Bill Long as the head of the North Carolina-based Automotive Aftermarket Suppliers Association in July, said aftermarket players around the world increasingly need to cooperate on strategic approaches to potentially disruptive innovations.

“I think everybody across our industry, in groups here in North America and around the world, need to look for opportunities to work together,” he said in an interview with Jobber News. “We’ve already started – particularly with regard to big issues we’re all facing.”

In North America, AASA has collaborated with AIA Canada on a response to the growing threat to consumer’s freedom to choose where to have their vehicles maintained.

Business tends to do very well
when the rules are firm.
We’re entrepreneurs.
We figure out how to
succeed within the rules.
But it’s difficult when
we don’t know what
the rules will be
tomorrow or next month.

“We have a very good relationship with AIA Canada,” he said. “We are all trying to figure out these new frontiers of what the technology will bring to our industries and the challenges they’ll bring to our ability to service vehicles and the consumer’s right to repair.”

McCarthy has been with AASA and its parent organization the Motor & Equipment Manufacturers Association (MEMA) since 2001.

He acknowledged that recent developments in Washington have created some challenges for part manufacturers on both sides of the border.

“Uncertainty is the new certainty in the U.S.,” he said, “and that’s a big challenge for all of our members.”

He said the biggest problem is determining how the rules of the game are changing.

“Business tends to do very well when the rules are firm. We’re entrepreneurs. We figure out how to succeed within the rules,” he said. “But it’s difficult when we don’t know what the rules will be tomorrow or next month.”

The North American automotive industry has long been integrated, though, and he does not expect that to change.

“We believe the close relationship between Canada, the U.S., and Mexico will continue because it just makes so much sense,” he said. “From a production standpoint, it is very important for North America to be integrated in order to compete with other regions around the world.”

He said he is ultimately very optimistic about the future of the aftermarket.

“The existing business has a much longer tail than we appreciated,” he said. “There are all these (ICE-powered) vehicles in operation already. Even as the new technology comes in and grows as a proportion of new vehicles, our studies show that going out to 2030, the vast majority of the market – the maintenance and replacement market – remains the products that we know and are familiar with.”

“We’re already starting to see that. Think about all the lights in the dashboard. There are more all the time for new ADAS products. All of those involve multiple sensors,” he said. “The aftermarket makes good money off sensors. They all need periodic maintenance or replacement. Our members that deal with ADAS are already struggling to meet demand.”

“We have to move from a position of fear to determination, and from threat to opportunity,” he said.

In a freewheeling discussion, McCarthy offered his views on a number of other issues of the day.

Market consolidation: “As a trend in the industry, it is very likely to continue into the foreseeable future.”

New distribution competitors: “The investment community panicked a few years ago but we’ve found that auto parts aren’t books. The automotive aftermarket has a very different value chain. The people who win will be the ones who best meet the needs of everyday consumers.”

New retail dynamics: There are things we can learn from Amazon and from other E-tailers and omnichannel retailers.Aside from providing the right part, right place, right time, there are some new criteria: convenience, user experience, seamless online-offline utility. This is a true battleground and I’m confident we’ll compete effectively.

Technician training: That’s a huge challenger for our industry. We can fix tomorrow’s vehicles. But to do it we have to attract a new generation of technicians, train them, and convince consumers of our abilities.

Right-to-repair: “Our fight has become tied to consumer choice – something that has been a turning point in convincing politicians to listen to our concerns. Preventing monopolistic power really matters.”