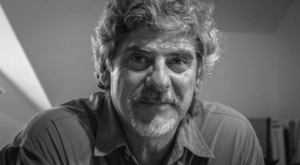 Ronald Tremblay, owner of The Garage in Vancouver, is chairman of the Automotive Retailers Association of British Columbia, and newly elected president of the National Automotive Trades Association (NATA).

Ronald Tremblay, owner of The Garage in Vancouver, B.C., has been elected the new president of the National Automotive Trades Association (NATA).

The association, an umbrella group for aftermarket repair associations in Canada, met in Toronto to elect a leader, welcome new members, write a new mission statement, and reconfirm its commitment to the Canadian Automotive Service Information Standard (CASIS), a voluntary agreement between the independent repair community andautomobile manufacturer associations.

Tremblay takes the helm following the resignation in September of Toronto shop owner John Cochrane, who believed the association was not doing enough to protect and expand the aftermarket’s access to repair vehicle repair information, training, tools, and security protocols.

In his first statement to the industry as NATA president, Tremblay said he is confident that the needs of technicians are being met by CASIS.

“The role of NATA in recent years has been to ensure that there is fairness and equity in the automotive repair industry so that the aftermarket’s ability to compete is not hampered,” he said. “We are encouraged by our relationship with manufacturer associations.”

A press release from NATA says other aftermarket groups in Canada have also been in touch to discuss “possible engagement” with NATA.

As part of the annual general meeting, a strategic planning workshop was held with the assistance of an independent facilitator to clarify NATA objectives and strategies.

“With respect to the future direction of NATA, there is a very committed and experienced group of professional industry experts who take their role in support of industry very seriously,” Tremblay said. “I look forward to working with my fellow NATA directors and members to bring strategic focus to the association and to engage other provincial associations in this important work.” 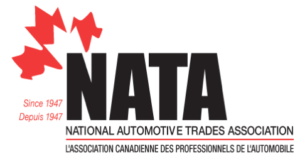 The National Automotive Trades Association (NATA) is a federally chartered ‘association of associations’ founded in 1947 to present a unified voice for the Canadian automotive trades industry.