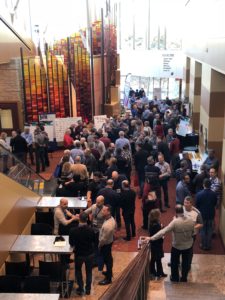 Under the theme of “The future is now,” the Monaco Group’s annual conference targeted the major issues of the day in the aftermarket industry and proposed solutions to boost business.

Director of sales Patrick Saint-Pierre emphasized the main objective of the conference was to look at the urgent need to address issues of the shrinking workforce.

“The attraction and retention of the workforce is not a slogan but a reality. We have brought in speakers who do not always say things that the client wants to hear, especially about the millennial generation,” he said. “As employees, they are people who have plenty of opportunities and who are super-efficient, but you just have to know how to motivate them. ”

According to Saint-Pierre, the problem of attraction and retention of labour “begins to hurt. Before, we were in theory, but now, we feel that it is a wave that will not diminish.”

The problem is beginning to appear on the side of shop owners, many of whom are seeing their children be disinterested in working in the business.

“For an owner, his business is his pension fund. If it works, it’s worth it. If it’s an empty building, it’s the opposite of a pension fund, it’s a financial hole. Not having a replacement will ensure that, ultimately, workshops will be closed,” he said.

That makes finding a successor crucial to the future. 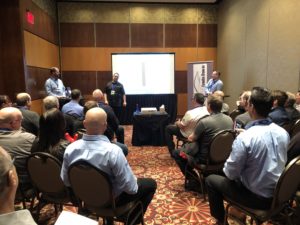 “With AIA, we go to schools, we approach our workshops so that they meet the cohorts of graduates and they find their account. Not only our workshops, but also those of other networks, “said Daniel Boyer, director of marketing, who sees this initiative as a great way to find a quality workforce.

On top of that is the added problem of access to information.

“Some manufacturers are restricting the ability to get information to diagnose the vehicle. They claim that it is for safety reasons and for semi-autonomous driving. But ultimately, it is the right of the consumer to repair his vehicle where he hears that is involved. And there is a fight to be made,” said Saint-Pierre.

It as the largest convention held by the group, which ran from Jan. 31 to Feb. 3, with 110 shops and 30 stores taking part in the event.

The boost can be attributed to a greater presence to English-speaking members. Indeed, the Motorcade, Hosie & Brown, Fisher Auto Parts corporate stores had a strong presence at the convention, as well as Auto Parts Le Bon Choix on the Gatineau side. 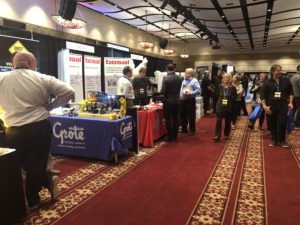 “I spent my morning on the English side, and it went very well. People are very excited. I am very happy with the results,” said Yvan Domingue, vice president at Monaco Group.

During the event, workshops explored topics such as new business management practices, advanced mechanical training to respond to new technologies, positioning and visibility on the web and social networks, approach and retention of succession.