ASA Midwest – soon to be known as the Midwest Auto Care Alliance – says its members have responded positively to last week’s announcement that it will break away from the national network of ASA-affiliated associations. 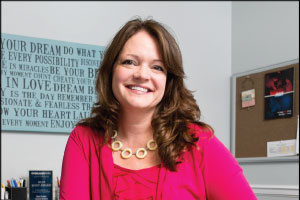 Sheri Hamilton, executive director of the Gladstone, Missouri-based association, told CARS magazine that members are excited about forging a new direction for the association.

“And it’s not only our members who are saying this. We’re hearing from industry professionals from across the country, including suppliers and vendors, who are responding very positively to the news,” she said. “They’re familiar with what we offer here, the benefits and programs and services. We have a mentor program, shop owner support groups, chapter meetings, and a lot of peer-to-peer, in-person type of training and networking opportunities. That’s what our members want.”

The group, which serves Iowa, Kansas, Missouri, Nebraska, Arkansas, and Oklahoma, announced on June 15 that it intends to split from ASA due to members’ concerns about the value they were getting for their membership dollars.

According to Hamilton, member shops complained that many of the member-savings benefits offered by ASA National were available from other sources.

“Some of the members didn’t see or experience the value of the additional $295 they were sending to the national office each year, and our membership was dropping,” she said. “A regional organization can provide a lot more, locally, in the way of support. And that’s what our members were looking for at a more affordable cost.”

She said that starting on Sept. 14, when the group’s split from ASA is complete, the Midwest Auto Care Alliance will give members greater control over what associations they choose to support.

“We have empowered our members, as well as future members, to select their membership participation based on their personal needs and experience,” said Jerry Holcom, president of ASA‐Midwest and owner of S&S Service Center in Kansas City, Missouri.

He said the new association would remain focused on local training and networking events, as well as regional legislative initiatives. And, as the co‐founder of the annual Vision HiTech Training & Expo, he confirmed there would be no impact on that event, scheduled to be held next in March 2019.

Hamilton said it’s unfortunate that ASA National has announced it will continue to operate an affiliate under the name “ASA Midwest.”

“It will create quite a bit of confusion within the industry because it will have the exact same name, but will be very much a different organization,” said Hamilton. “It will have absolutely nothing to do with our organization, our leadership, or our benefits.”

A press release from the national office states that Arkansas and Oklahoma will no longer be part of the new ASA Midwest, a new executive director will soon be named, and member dues will be reduced to reflect lower administrative costs.

“The changes will allow us to better serve a broader base of members in these states and hopefully garner an increase in participation as we move to a more virtual means to communicate regularly amongst the board of directors, staff and membership,” said ASA president Dan Risley.

He said shop owners in Oklahoma or Arkansas who are interested in helping to create a new state association should contact ASA vice president Tony Molla (tonym@asashop.org).