Talk about reinventing the wheel.

After introducing Uptis in 2019, Michelin partnered with General Motors to promise that a new, non-pneumatic tire would be available on passenger vehicles by 2024.

They moved closer to that goal at the IAA Mobility 2021 in Munich, Germany. According to reports, they brought several prototypes of Uptis, which stands for Unique Puncture-Proof Tire System, for its first public demonstration. Michelin has touted these tires as a more convenient and efficient alternative to pneumatic tires. Since they’re not filled with air, they’re more durable and less prone to mishaps. 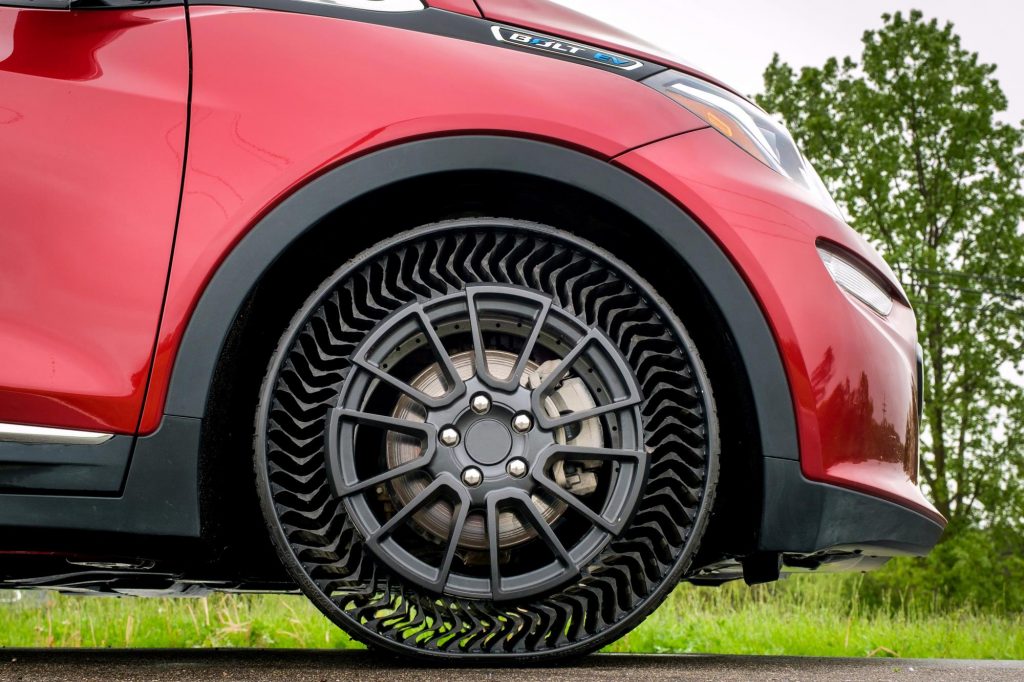 The Uptis on a Chevrolet Bolt EV

Michelin didn’t offer videos of those who tested out the ride but said they received positive feedback. Testers, according to the tire manufacturer, couldn’t tell the difference between traditional tires and the Uptis version.

Goodyear has also developed an airless tire and wheel assembly to support autonomous vehicle transportation in a city setting for in-field use with the Jacksonville Transportation Authority (JTA).