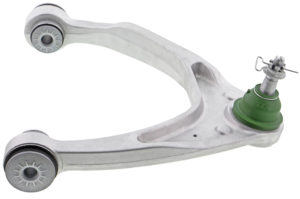 Toronto-based Mevotech LP announced that it has expanded its control arms from their premium brand, TTX: Terrain Tough Xtreme.

The company said its line has been growing. So the company is expanding the control arm program to include its patented bimetallic technology, which was developed by engineers to create a stronger, more robust aluminum control arm with an integrated sintered metal bearing.

In an announcement, Mevotech said the bimetallic technology addresses the common failure point in original equipment aluminum control arm design which uses a polymer bearing. Mevotech’s option gives technicians a choice for one that is greaseable and more durable.