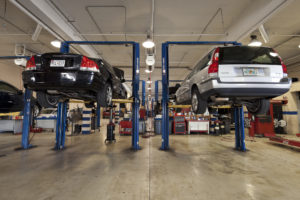 The MEMA, along with the AASA and MERA, say that consumers are being restricted as to where they can have vehicles serviced as independent repair shops are wary of going against copyright laws.

Changes are being called for in the United States as American shops are at risk of contravening copyright laws when working on vehicles and restricting customers when seeking auto repair, according to the Motor & Equipment Manufacturers Association.

The MEMA and two of its divisions – the Automotive Aftermarket Suppliers Association and the Motor & Equipment Remanufacturers Association – say the changes are will also help protect consumer freedom and choice when in need of automotive service and repair.

At issue is the Digital Millennium Copyright Act, commonly referred to as DACA. The parties are asking for exemptions in order for independent repair facilities to access and service software on behalf of customers.

The MEMA submitted comments in the middle of March to the U.S. Copyright Office expressing its concerns, saying current the “narrowly-tailored exemption” – which state that only authorized owners of the vehicle are allowed to get around copyright concerns – are inadequate. With today’s technology and ageing population, it’s increasingly difficult for people to work on their own cars and necessitating a trip to a professional.

“Furthermore, the exemption is virtually rendered useless to most motorists; the vast majority of whom prefer service and maintenance outside the OEM dealer network.”

However, shops may have to turn away the work for fear of DACA, forcing car owners to visit a dealer’s repair centre.

“Under the existing exemption for vehicle diagnosis, repair, and modification, the Copyright Office has made it impossible for independent service providers to circumvent access controls on vehicle [engine control units] without risk of DMCA liability, even when acting with express instructions from a vehicle owner,” it wrote.

“By only allowing circumvention of access controls ‘by the authorized owner of the vehicle,’ the existing exemption deprives consumers of the ability to delegate their rights as owners of copies of the software to trained independent repair facilities of their choosing. Furthermore, the exemption is virtually rendered useless to most motorists; the vast majority of whom prefer service and maintenance outside the OEM dealer network.”

“This is an important issue for MEMA, AASA and MERA, striking at the heart of consumers’ freedom to choose where their vehicles are maintained and how they are repaired,” he said in a statement. “We will continue to work with the U.S. Copyright Office to ensure that the voice of automotive aftermarket suppliers is heard on this issue.”

An exemption that is also “narrowly tailored” to protect existing law and the intent of vehicle repair would be welcomed by the association.

“MEMA is confident that the Copyright Office can once again strike an appropriate balance between the rights of vehicle owners and the rights of intellectual property owners. One way to do so would be to define exemption beneficiaries less restrictively, while retaining the other restrictions in the existing exemption for vehicle diagnosis, repair, and modification,” the group said in its comment.

“Such an exemption would not provide a green light to companies to traffic in products designed to circumvent access and copy controls. It would merely recognize that existing law already authorizes consumers to have their vehicles repaired and serviced by vehicle repair technicians of their choosing and give them a means of doing so.”