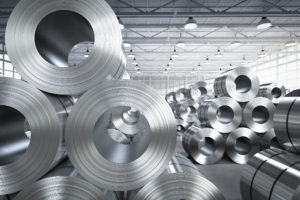 Rolls of steel sheets in a factory

Uncertainty, risk, instability and added costs are just some of the repercussions that will follow the decision of U.S. President Donald Trump’s administration’s decision to impose tariffs on steel and aluminum from Canada, Mexico and the European Union.

That’s the warning from the U.S.-based Motor & Equipment Manufacturers Association following the announcement that the tariffs would indeed take effect on June 1, after being delayed for two months.

In a statement, MEMA said it had clearly communicated that these tariffs would hurt more than 870,000 jobs in the U.S.

“Many specialty steel and aluminum materials imported by motor vehicle suppliers are used by hundreds of vehicle parts manufacturers operating in an integrated, complex global supply chain,” it said. “Suppliers’ access to these specialized products — which are often only available from one or two sources in the world — is critical to the industry and our national economy.”

And when taking a step back, the bigger picture showed long-ranging ripple effects, such as added uncertainty in other key trade areas.

“These actions have thrown all of that up in the air.”

“It is important to see today’s action in the larger trade environment created by the Trump administration,” MEMA’s statement said. “Auto parts manufacturers are facing trade challenges and uncertainties on several fronts now – including North American Free Trade Agreement (NAFTA) renegotiations, Section 232 investigations into automobiles and automotive parts, Section 301 tariffs on Chinese imports, and the Section 232 tariffs on steel and aluminum, now including Canada, the EU, and Mexico, with a concomitant and confusing processes of exclusions and quotas.”

The result could be double tariffs on necessary materials used to manufacture parts in the U.S.

“Industries like ours, which require long-term investments in facilities and employees, depend on regulatory and market stability. These actions have thrown all of that up in the air,” MEMA added. “There is little doubt that the uncertainty and added costs the administration is creating will put U.S. investments and jobs at risk.”