Ripple effect here at home is not yet entirely known. A push is being made to exclude Canada from the measure 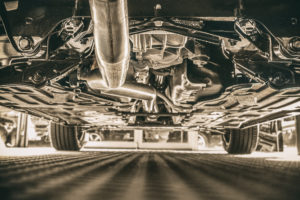 The U.S.-based Motor & Equipment Manufacturers Association is firing back at the announcement of incoming tariffs on steel and aluminum.

American President Donald Trump said his administration will impose wide ranging tariffs: 25 per cent on steel and 10 per cent on aluminum. It wasn’t unexpected that this would happen, but the numbers did surprise many.

The European Union, for example, said it would retaliate. Stock markets plunged. The Canadian dollar took a hit.

Still, the MEMA – which represents more than 1,000 manufacturers of motor vehicle parts and components in the U.S. – has always warned against the move, saying it would cost jobs and cost consumers more.

“The tariffs announced [March 1] will be detrimental to the motor vehicle parts supplier industry and the 871,000 U.S. jobs it directly creates,” said MEMA president and CEO Steve Handschuh. “We have voiced repeatedly that while we support the administration’s focus on strong domestic steel and aluminum markets, tariffs limit access to necessary specialty products, raise the cost of motor vehicles to consumers, and impair the industry’s ability to compete in the global marketplace. This is not a step in the right direction.”

The effect of these tariffs on Canada – the largest exporter of steel and aluminum to the U.S. – is not yet known. Canadian Foreign Affairs Minister Chrystia Freeland called the threat of tariffs on Canada as “absolutely unacceptable.”

“Should restrictions be imposed on Canadian … products, Canada will take responsive measures to defend its trade interests and workers.’”

The MEMA recently sent a letter signed by Handschuh to the Trump administration outlining its concerns. It appears the group’s fears were ignored.

“Many specialty materials and components imported by motor vehicle suppliers are used by hundreds of vehicle parts manufacturers. Suppliers’ access to these specialized products is critical to the industry and our national economy,” Handschuh wrote. “MEMA member companies operate in an integrated global supply chain with both suppliers and customers inside and outside of the United States. This model has allowed for continued growth in motor vehicle production as well as U.S. employment in our sector… [D]isruptions to supply chains or increases in production costs will not contribute to the national security of the United States.”

The MEMA may have some prominent Republicans within the Trump Administration on its side, according to The Canadian Press. The Pentagon, it added, published a letter urging the government to spare allies, like Canada. Others also urged the president to make a special exemption for Canada because of the joint auto sector.

For the time being, job growth in the automotive supplier industry is expected to grow. However, imposing tariffs on steel and aluminum move puts this at risk, the MEMA said, going against the U.S. government’s pledge to grow jobs in the country.