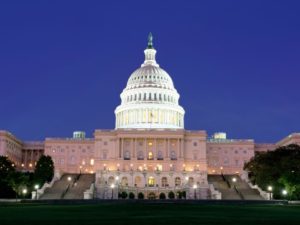 Jobs will be lost if NAFTA is scrapped. That’s the message from the Motor & Equipment Manufacturers Association following a letter to the U.S. President Donald Trump’s administration.

The association included recommendations on how to improve NAFTA and outlining that withdrawal from the agreement would have a huge impact on North America’s economy.

The letter, addressed to U.S. Trade Representative Robert Lightizer, presents ways in which NAFTA can be successfully improved while keeping the agreement intact.

“Since the recession, the U.S. has seen a six percent growth in vehicle industry jobs … much of this employment growth can be tied directly to NAFTA,” said the letter, signed by MEMA president and CEO Steve Handschuh and Ann Wilson, senior vice president of government affairs. “The total U.S. employment impact of the supplier industry is 4.26 million jobs.”

“MEMA urges the administration to continue to negotiate with Canada and Mexico with the common goals of sustaining and improving the agreement. Any changes to NAFTA must improve the integrated North American supply base and concurrently preserve and grow U.S. jobs. This, in turn, will strengthen our nation’s ability to manufacture products in the U.S. and export globally,” the letter read.

Withdrawing from NAFTA would cause destructive impact on the nation’s economy, the MEMA said.

“The economic growth and continued prosperity of our industry and this nation requires the U.S. to stay at the negotiating table.”

The letter is a part of MEMA’S effort to communicate with the Trump administration on a way to improve NAFTA so that it can be preserved as it is essential to North America’s economy.